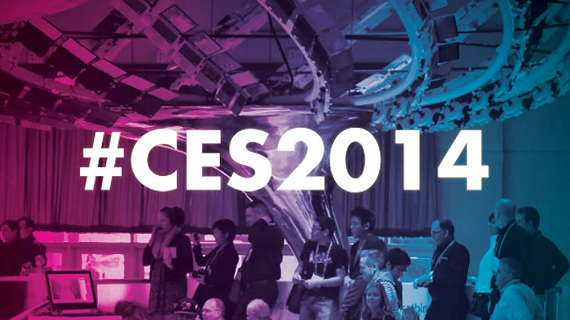 For anyone who is into technology and gadgets, the Consumer Electronics Show, which took place in Las Vegas from Tuesday to Friday this week, is basically nirvana. It's an annual event where some of the world's biggest tech companies get on stage and show off what they are up to.

Problem is, though, that so much happens there, and so much is revealed, that it can be hard to take it all in.

We here at VatorNews did cover some of what happened, but there was plenty that we missed as well. So for your education, we thought it would be a good idea to break down what some of the bigger companies revealed at CES this week.

Here is some of what you might have missed:

When Yahoo CEO Marissa Mayer took the stage to give a keynote address on Thursday, she was joined by some of her colleagues that she has added in the last year, including Katie Couric, who was hired as Yahoo's global news anchor in November; Tumblr CEO David Karp, whose company was bought by Yahoo for $1.1 billion in May;and former New York Times tech columnist David Pogue, who was brought on to head a new consumer technology news site in October.

John Legend, along with cast members from Saturday Night Live, also made appearances.

But it was obviously not just the big names that made Yahoo the big news story; it was the new technology as well, and the declaration of a new strategy going forward.

In her speech, Mayer said that Yahoo wants to now be a mobile first company. And, along with that, it meant the launch of two new online magazines, called Yahoo Food and Yahoo Tech. She also announced the debut of Yahoo News Digest, which is a twice-daily mobile news summary that is based on Summly, the news aggregator app that the company bought last March.

And, of course, this being Yahoo, there was also the announcement of a new purchase (as if 27 of them last year was not enough!).

The company's first acquisition of 2014 was Aviate, a replacement Android home screen launcher, which is currently available on the Google Play Store.

When Apple announced iOS in the Car, which involved making deals with manufacturers to integrate more features from iOS into their cars, including maps and iMessages, could anyone have really thought that their biggest rival would be far behind?

On Monday, Google revealed that it was going to do the same thing by creating a new organization called the Open Automotive Alliance (OAA), which is dedicated to bringing the Android operating system to connected cars.

Google's first partners in the organization are Audi, GM, Honda, Hyundai and Nvidia, who are coming together to create a standardized platform that will be a uniform system across numerous car manufactuerers.

What specific services and apps will be integrated into Android connected cars is not being revealed at this time, but the OAA does expect to see the first cars with Android integration by the end of this year.

The gaming business has been in a state of flux the last few years, with console sales dropping dramatically as games shifted heavily toward mobile and handhelds. People honestly do not want to drop hundreds of dollars for a console, plus $50 per game, anymore.

So what are the big name gaming companies supposed to do? Take a page from the movie and television industry and focus on digital and streaming.

With the service, subscribers can play their games on multiple devices, including the PS4, PS3, and PlayStation Vita. They can also be streamed to some non-PlayStation devices, starting with 2014 BRAVIA TV models and expanding to other Internet-connected devices later on.

Subcribers will also have instant access to the most updated versions of titles. They can pay a full subscription rate or purchase games individually.

Poor Intel. When the company purchased McAfee back in 2011 for $7.68 billion, there is no way it could have known what would happen next.

Namely, that McAfee's founder and namesake would pretty much go crazy, be arrested multiple times, be accused of murder and then become a well-known fugitive.

So Intel did the only rational thing: it decided to just drop the McAfee name altogether.

It will instead become part of newly branded "Intel Security," which will keep McAfee's signature red shield logo, and will also encompass Intel's other products and services in the security space. The change will not happen until the next McAfee update occurs.

So say goodbye to one of the most well-known internet security brands of the last few decades. It was nice knowing you, I guess.

I love the idea of connected homes and smart devices. Call me lazy, but I want the things I buy to make my life as easy as possible. Let me stream videos and games directly from my television, and then buy things without having to get up off the couch!

As promised, Roku introduced its own smart TV during CES this week.

Like the set-top box it sells, Roku TV will have access to more than 1,200 channels and 31,000 movies, while also giving users the option of watching regular cable or playing video games. It will also come with a simplified remote control featuring just 20 buttons—half the number of buttons typically found on a regular remote.  If you lose the remote, you can still navigate your Roku TV with your iOS or Android device.

Roku is partnering with TCL and Hisense to manufacture the smart TVs. Together, TCL and Hisense accounted for 9% of the total global TV market in 2012, selling 21 million TVs altogether.

Whenever I hear anything about T-Mobile, all I can think of is the brick phone that I took to college 10 years ago, which had no reception in my dormroom. So anytime I wanted to call anyone, or anytime a call was somehow able to come through to me, I had to run outside to answer it. I spent a whole year like that before switching carriers.

So when the carrier announced late Wednesday that it will pay off the early termination fees for customers who switch from others services, including AT&T, Verizon and Sprint, you could count me as one of the ones who was unimpressed.

Perhaps others will find the deal too entinicing to pass up. And, maybe, T-Mobile has gotten a lot better in the last 10 years.

Here's how it works: early termination fees for ending your contract before it’s expired can run as high as $350 per line, so T-Mobile is offering to pay exactly what you’re charged up to that amount. It works as basically a  rebate; you terminate, pay the fees, and then send proof of the fees over to T-Mobile and they’ll pay you the full amount, per line, when you switch.

This move seems to have a lot to do with getting back at AT&T for offering last week to pay T-Mobile customers $200 for every line they switch over to AT&T, plus a credit of up to $250 if they trade in their current phone.

The rivarly between the two carriers would actually manifest itself into one of the funnier/weirder stories of the event.

Speaking of which, I think it's about to time we get to...

The WTF stories of CES

As you probably guessed, there was a lot of weird stuff that went on during the event this week, both on stage and off.

The one that got the most attention, because of course it did!, was Michael Bay's headline grabbing "meltdown" on stage while introducing Sony's curved HDTV.

When you watch the video, though, you see it's not so much that he melted down but got really flustered and embarrassed when the prompter messed up and he lost his train of thought.

It almost makes me feel bad for the guy. Then I remember that I saw Bad Boys 2 and Transformers and Pearl Harbor. And then I don't feel so bad.

When I think about technology, and the way it is reshaping the world, there is one name that stands out above all others. One name that represents all of the innovation and exciting changes we have seen over the last few years, and will see in the future.

And that person is... Martha Stewart?

Yes, you read that right. Everyone's favorite businesswoman, television personality, lifestyle guru and former convict, made an appearance at CES. Where she went shopping for a 3D printer.

Ok, so remember how I said that the T-Mobile and AT&T rivarly got a little heated?

Only minutes after CNet reporter Roger Cheng posted a photo of himself and Legere at the party, secutrity came and escorted the CEO out.

Ran into @JohnLegere at the AT&T party. Yep, he crashed it. And still wearing the pink t-mo shirt. #CES2014 pic.twitter.com/gy9vGTJUEW

Oh wow, security just escorted @JohnLegere out of the party. AT&T is not happy with my tweet. #ces2014

When asked later why he crashed the party in the first place, Legere's response was, " "I just wanted to hear Macklemore." 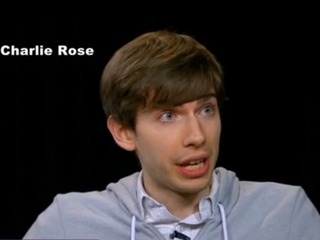 David Karp opens up about why he sold Tumblr to Yahoo 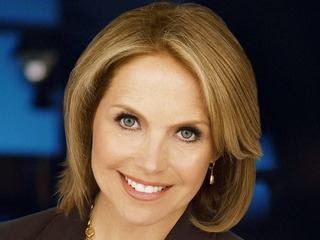 Yahoo brings on Katie Couric as its new Global Anchor 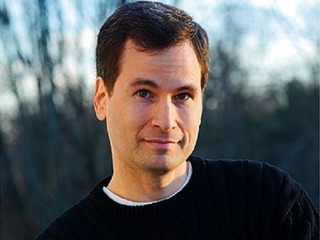 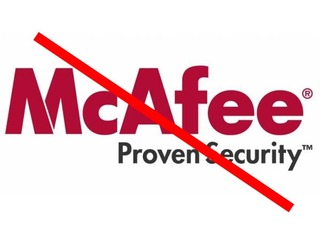 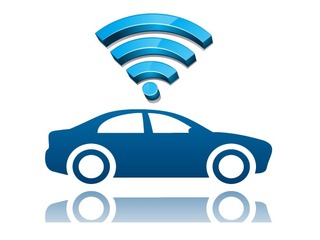 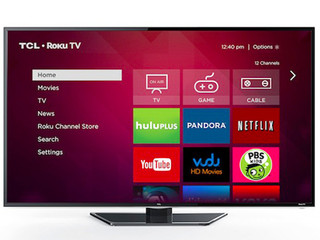 Roku getting into the smart TV game with Roku TV 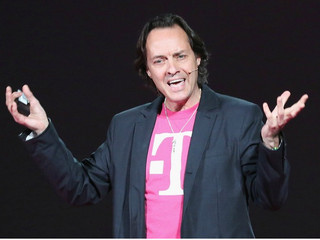 T-Mobile will now pay you to switch