BuzzFeed getting ready to raise $200 million? 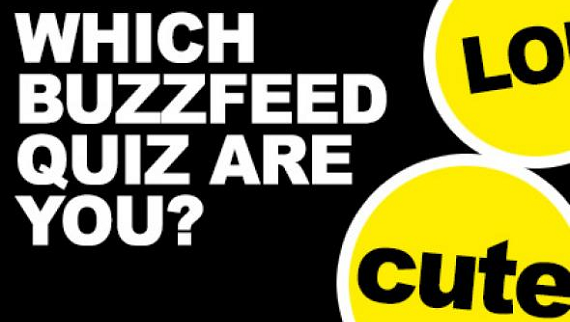 In just the past few months, social news website BuzzFeed has supplied me with some very important information, which has helped guide me through some very tough times. Through their highly scientific quizzes, they have informed me not only about which President I am, but also which Beatles and which character I am from Game of Thrones.

(Note: I have no idea what the answers were to those questions were, but here's what they should be: Franklin Roosevelt, George and, of course, Tyrion).

Ok, so its easy to mock BuzzFeed, but I give them a lot of credit: they are the news site that has taken the best advantage of the social media age, and now it looks like it will be rewarded: the company is currently in the process of raising a new $200 million round, according to what sources told VentureBeat on Monday.

BuzzFeed had previously raised a total of $46.3 million, including raised $15.5 million from NEA, Lerer Ventures, Hearst Media, Softbank and RRE Ventures in January 2012. Most recently it picked up a $19.3 million Series D round of financing in January of 2013, from led by NEA.

The report does no specify who will be leading this latest round, but it does indicate that NEA, Lerer Ventures, RRE Ventures, Hearst Ventures, and SV Angel, all previous investors, will be returning. It should also be noted that $200 million is not a set amount at this point; it is simply a median figure, so the round could be more or it could be less.

VatorNews has reached out to BuzzFeed to confirm the new round, but the company was unavailable for comment at this time. We will update if we learn more.

As of November of 2013, BuzzFeed was reaching more than 130 Million unique visitors globally, a 350% increase year to year. It also had more than 110 million video views and had over 3 million subscribers.

Things have not been quite so rosy, lately, however. According to a report from Business Insider last week, BuzzFeed has seen its Facebook traffic suffer significantly. The site had 13 million Facebook share in March, but saw that number drop to 10 million in April, and then dropped to below 6 million in May, going down 55% in just two months.

That, it seems, is due to the slow down in those quizzes I was referring to earlier. Overall, though, the site's traffic has been steady.