Twitter has found a new way to increase its ad revenue, even as investors fret over user numbers 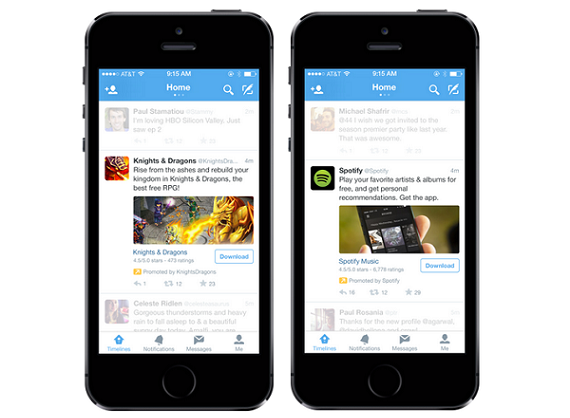 Despite its slowing user numbers, advertisers and brands still absolutely love Twitter. The company makes nearly all of its money off of advertising, and that revenue has been exploding in recent years. That's why there should be no surprise when Twitter goes to find every single way possible to squeeze every last drop of cash out of it.

Case in point: Twitter is introducing a brand new way to make money from brands and developers: mobile app install ads. Reports of such a program first surfaced in late March.

"We are excited to announce new ways for marketers and developers to drive app installs and app engagements using our new mobile app promotion suite: both on Twitter, and off-Twitter through thousands of mobile apps that use MoPub’s mobile advertising exchange," the company wrote in a blog post on Thursday.

The new advertising program will allow a user to click on an ad that appears in their mobile Twitter feed. Once they do that, they will be redirected to the advertiser's page in an app store, where they will be able to download said app.

The advertisers and brands will have access to a suite of targeting, creative and measurement tools, Twitter said, describing the news ads as a cross between Twitter Cards and Promoted Tweets.

Some of the beta partners for the program have included Spotify, HotelTonight, Kabam, Deezer,SeatGeek, GREE and Get Taxi.

This is just the latest move made by Twitter to expand its ad targeting capabilities over the last few months.

In April of last year it introduced a new keyword targeting tool for advertisers, which allow then to sell ads to users based on words in their tweets. That was followed up in June with targeted cookie-based ads, which means that users started seeing ads for the websites they most recently visited. That effort was launched globally in December.

In January of this year, the company's ad targeting program was expanded even further to include user's email addresses and Twitter IDs for promoted tweets.

So why is this one such a big deal? Because it has the potential to take Twitter's advertising monetization into the stratosphere. That is what these ads did for Facebook.

Introduced in October 2012, Facebook’s Mobile App Install ads saw 245 million apps installed at the end of last year and accounted for hundreds of millions in revenue for the company.

Now, obviously there is a big difference between Facebook and Twitter: the size of their user base. While Facebook has roughly 1.25 billion MAUs, Twitter only has 241 million. Facebook had more apps installed from the program than Twitter has users, so I would not expect Twitter's numbers to reach quite those heights. At least not right now.

Still, given how well the ads have worked for Facebook, it is likely that Twitter will also see a significant bump in its ad revenue, which could mollify investors, who have become increasingly worried about those slowing user numbers.

In it's first ever quarterly earnings report as a public company, posted revenue of $243 million, up 116% from $112 million year to year. Of that revenue, almost all of it came from advertising, which accounted for $220 million, a 121% year to year increase.

More importantly, though, is how much of it came from mobile. More than 75% of Twitter's ad revenue was from mobile. Mobile also represented 184 million, or 76%, of the company's 241 million total mothly active users (MAUs).

Its also important for Twitter to show investors that it can continue to find new ways to make money, despite what is perceived as plateauing user growth. Its MAUs only grew 30% last year, though Dick Costolo insists that will not be a long term problem for the company.

"We are confident in our ability to continue to scale revenue by expanding our global reach, and introducing and scaling new ad products, even as we continue to maintain some of the industry's strictest limits on ad load, in order to optimize for the user experience," he said in a call following the earnings release.

(Note: come join us for a panel on the future of mobile monetization at our inaugural two-day Splash Oakland event May 6-7. Register here for tickets. Want to demo your services and products? Get a demo table here.) 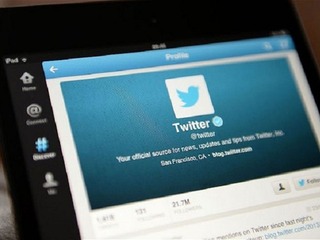