Surge pricing has been very controversial, but Uber says it is necessary in order to compete 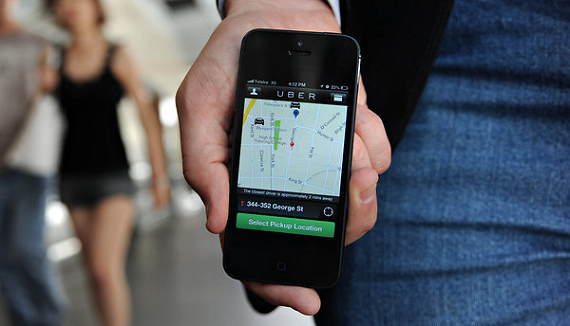 Of all the controversies over Uber, the one that most annoys the people who use it are the so-called "surge pricing," in which it raises rates during peak periods, including holidays and inclement weather,

Travis Kalanick, Uber's co-founder, has repeatedly defended the practice, and made it clear that it will continue to be the company's policy in the future.

So, instead, the company is doing the next best thing: notifying its users when the rates come back down.

In it latest update for iOS users, Uber is switching from SMS -based notifications to push notifications, which will notify users when the surge price period is over, the company announced on Monday. The feature is called Surge Drop.

Kalanick first promised the feature would be coming at the 2014 LAUNCH Festival last week, saying, "one of our goals for 2014 is bringing humanity to our communications."

There is no word on if, and when, Android users will be getting the same feature.

"We know the whole reason you use Uber is that you’ve got places to go and people to see. We’ll stay true to our pledge to get you the fastest ride available, and sometimes that will require surge pricing to get more drivers on the road," the company wrote on Monday. "But at those times when your schedule is flexible, you can hold out for a ride that’s as affordable as it is reliable."

As I said earlier, price surging has caused a lot of ire among Uber customers, as they feel as though the company is gouging them when it knows they will need a ride the most.

Kalanick, however, has tried to explain, in two blog posts, why he feels the increased pricing is necessary during peak times.

The reason it is necessary is because raising the price gets more drivers out, which is more important during high demand periods like New Year's Ever.

The times when it would seem to more likely increase the number of drivers on the road would be during bad weather, especially heavy snowfall, when many drivers would, obviously, think twice about whether it would be worth driving in. During those times it is understandable to give drivers an extra incentive to do business.

Either way, price surging is definitely here to stay.

"Surge Pricing will definitely become a mainstay for major holidays and big events in the cities we operate in," said Kalanick. "The big questions are around surging downward, and doing surges during other more moderate spikes in requests."