Uber takes a roughly 20% cut out of every fare, projected to have made $208M in revenue last year 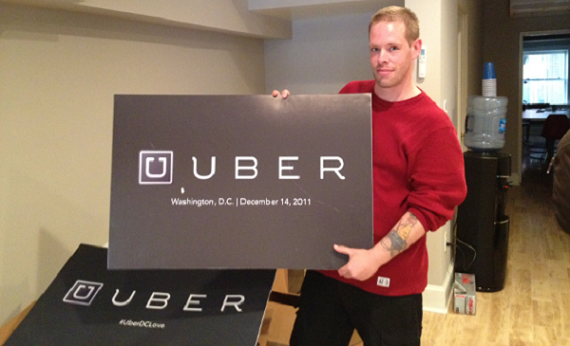 If there is one word that gets thrown around the tech world more than any other, it is probably "disruptive." Every single startup out there wants to change their industry, sometimes in an ill-defined way. It becomes more of a buzzword than an actually reality, in most cases.

One company that truly has managed to upend an industry, though, is Uber, the connected-car service that has caused the taxi industry in cities all around the country to lose their collective minds.

The surest sign that Uber is making an impact is how many times it has seen government regulated taxi services try to stop it from expanding to their cities. That includes Boston, New York, Chicago, Toronto, San Francisco and Washington D.C.

Uber always seems to win out and has gained a loyal following among its users (for proof, check this piece from Business Insider, entitled "Uber Has Changed My Life And As God Is My Witness I Will Never Take A Taxi Again").

So how does Uber make money? The company takes a percentage out of every fare.

Though the exact percentage does depends on the product, meaning that higher-end services like Uber Black might take more than a lower end, and cheaper, services like UberX, the company;s cut typically comes out to be 20%, according to what Travis Kalanick, CEO and co-founder of Uber, said in an interview with Bloomberg.

The company has not disclosed its revenue yet (we will have to wait for the inevitable IPO for that) but a document that was leaked to ValleyWag in December, and then confirmed to AllThingsD at the time, gives us a hint as to how much money Uber took in in 2013. 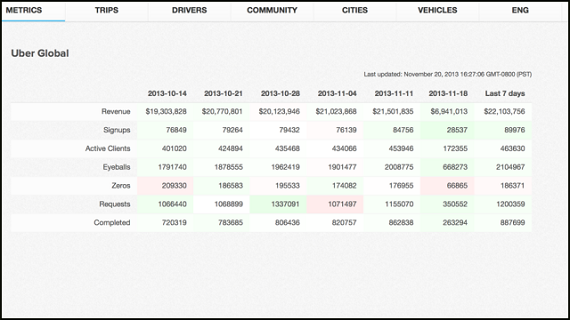 As you can see, Uber typically seems to make around $20 million per week in revenue, globally (Though there is one week in November where it only made $6 million, that is because this as taken on November 20th, so the week was incomplete).

So let's assume that the $20 million per week figure is correct, give or take. That would mean that Uber is taking in roughly $1.04 billion in gross bookings for the year. A 20% cut of that would equal $208 million in revenue.

Given that there are fluctuations week to week, and the company was continually adding cities all throughout last year, as well as the fact that sources told AllThingsD that the above chart did not include all services, it's impossible to know if that the above figure is correct.

I suspect, though, that it balances out to be something close. And if it is correct, then Uber handily beat the $125 million that many were projecting for the year.

Uber has raised $307 in total funding, including $258 million from Google Ventures, along with TPG Capital, in August of last year, at a $3.5 billion valuation.