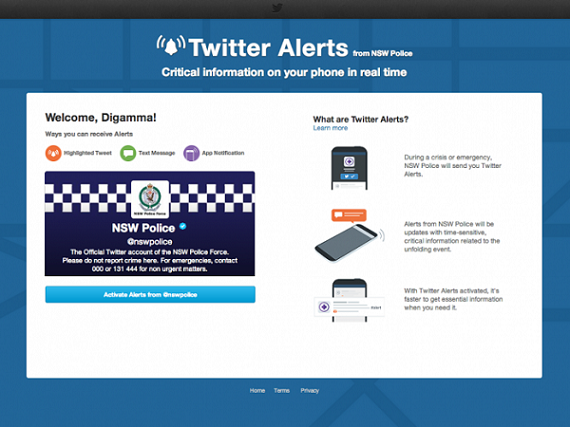 Ever since it debuted its emergency alert system Twitter, it has slowly been adding new countries and organizations to help people all around the world during times of crisis.

Now Twitter has not only decided to add two more countries to the list, it has also added some new features to make it easier to sign up.

Australia and Brazil are the two latest countries to get access to Twitter Alerts, joining the United States, Japan, Korea, UK and Ireland, it was announced via a blog post on Thursday.

Multiple organizations in both countries have already signed up. In Brazil, for example, users can get now get alerts from Centro de Operações da Prefeitura do Rio de Janeiro (COR), an organization that integrates data from around 30 entities including municipal and state departments and essential services.

Meanwhile, in Australia, over a dozen organizations are participating, including the City of Sydney, the Australian Red Cross, the Department of Health, and fire and police departments from several municipalities.

On top of that, Twitter is making it easier to sign up for alerts by allowing people to subscribe directly for push notifications via the iOS and Android apps. Twitter also added in-app notifications for iOS, which means that when a user is browsing on Twitter they will now receive a notification at the bottom of their screen when an alert is sent by an organization that they are subscribed to.

Twitter Alerts were first announced in September, with the expansion to the United Kingdom and Ireland coming in November. More than 50 U.S. organizations, include state, regional and federal, have Twitter Alerts enabled.

Here's how it works: when an alert is sent out, it will be done so by SMS, and those who have the Twitter app on either Android or iOS will also get a push notification. They will also be marked with an orange bell.

If a user simply decide to follow an organization, these alters will be posted to their Twitter feed, and appear as they would for any other tweet. To get the notification sent to them directly, a user has to subscribe to the agency in question. For example, a user has to go to https://twitter.com/fema/alerts and sign up to receive them.

These alerts allow Twitter to capitalize on its biggest advantage over Facebook: the ability to get information out quicker, and in real-time.

Twitter has experimented with emergency services before launching Lifeline in Japan in 2012, in the wake of the Fukushima earthquakes, and nuclear power disasters that followed. The service allowed Japanese citizens to find, and follow, accounts that will give them local information simply by searching their postal code. 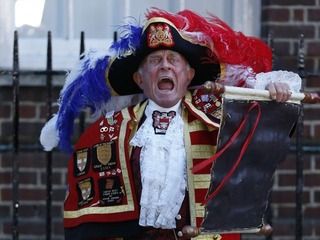 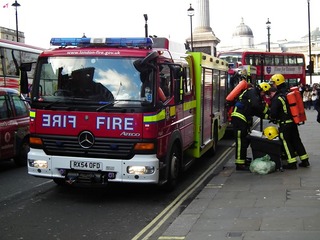 Twitter brings emergency alerts to the U.K. and Ireland