Kits are not FDA approved, and there are concerns over false positives and negatives 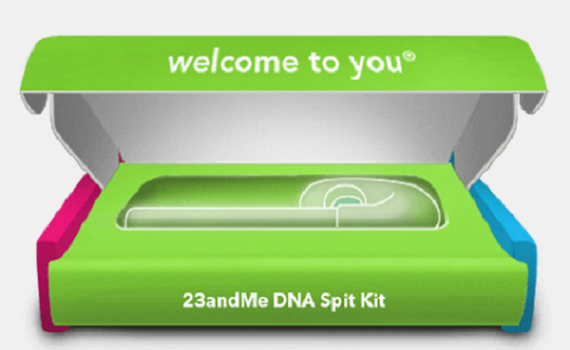 23andMe sounds like such a cool idea. If you haven't heard of it, basically it works by having people order a kit, which lets them send back a saliva sample and, in return, receive a full report on their genetic history.

Pretty interesting right? Well, not to everyone. In fact, there is one organization that is decidedly not a fan.

The Food and Drug Administration sent a letter to 23andMe, dated November 22nd, in which it told the company that it has to stop selling the kit, since they do not have "marketing clearance or approval."

In the letter, the FDA stated that 23andMe's Saliva Collection Kit and Personal Genome Service (PGS) is in violation of the Federal Food, Drug and Cosmetic Act. because "it is intended for use in the diagnosis of disease or other conditions or in the cure, mitigation, treatment, or prevention of disease, or is intended to affect the structure or function of the body."

That conclusion was based on how 23andMe has been marketing the product, including saying that it provides health reports on over 200 diseases and conditions, and that it can be used to help people prevent such diseases as diabetes, coronary heart disease, and breast cancer through the test results.

The real trouble, the FDA says, are the potential health risks that can come from false positives and negatives from the test.

"For instance, if the BRCA-related risk assessment for breast or ovarian cancer reports a false positive, it could lead a patient to undergo prophylactic surgery, chemoprevention, intensive screening, or other morbidity-inducing actions, while a false negative could result in a failure to recognize an actual risk that may exist," it said in the letter.

This is not the first time that the FDA has been in contact with 23andMe. Concerns have been expressed previously, with letters being sent as at back as September of last year. It also sent letters in March and May, and has been in communication with the company throughout that time.

But 23andMe has failed to rectify the problems that the FDA has been outlining for the past year. The company has now been marketing its product for five years, but, according to the letter, has "not completed some of the studies and had not even started other studies necessary to support a marketing submission for the PGS."

And now the FDA is finally taking action, as it learned that the company planned "to expand the PGS’s uses and consumer base without obtaining marketing authorization from FDA."

The FDA is ordering 23andMe to "immediately" stop marketing the PGS until it gets that marketing authorization, and is giving the company 15 days to reply with how they will address these issues. If the company does not do so, the FDA is threatening to take regulatory actions, which could include seizure, injunction, and civil money penalties.

“We have received the warning letter from the Food and Drug Administration. We recognize that we have not met the FDA's expectations regarding timeline and communication regarding our submission. Our relationship with the FDA is extremely important to us and we are committed to fully engaging with them to address their concerns," a 23andMe spokesperson told VatorNews.

This could be a real problem for 23andMe, as this is the entire business. The company needs that data and if they can't do these tests, then they obviously have no data. The letter makes it sound as though the FDA has been fairly patient with 23andMe, giving them plenty of time and notice to come up with solutions to the problem, and only threatening any legal action once it became clear that these concerns were going to be ignored.

Last year, 23andMe made its first acquisition: CureTogether, a like-minded genome decoding service that garnered over 25,000 members. While 23andMe is a more comprehensive personal genetics service, CureTogether was geared more specifically towards the genetic sources of medical conditions. 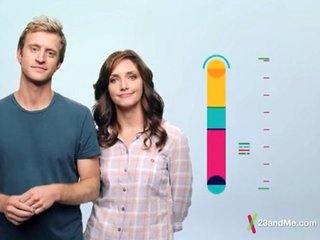