While King is an established studio, one mega-hit may not be enough to get public investors excited 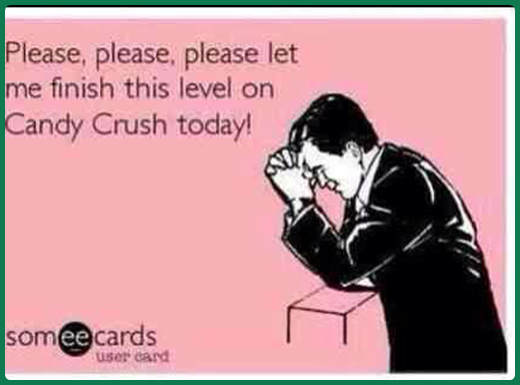 I think it's time that we came out and said it. It's all but official now: King has taken over Zynga 's position as the premiere social game developer.

Think about it; when was the last time someone you played a Ville game? Or Mafia Wars? But Candy Crush Saga? Every single freaking day. I will admit that, after being inundated with requests, I recently gave in, and started playing. And now I can say that that is seriously one addictive game!

Obviously I am not alone in thinking that. I knew Candy Crush was popular, but I had no idea how popular.

On its one year anniversary since coming to mobile, King revealed on Friday that Candy Crush has now been installed half a billion times on Facebook and mobile.

Even more impressive: the game has now been played over 150 billion times and one of out of every 23 Facebook users is a fan of the game. This what is commonly known as a phenomenon.

For the uninitiated, Candy Crush is a free-to-play game that has a simple premise: match three candies of the same color, get a certain number of points to move on to the next level. What seems to have made the game so popular, beyond the gameplay itself, is the ability to switch between devices, picking up the game where you left off.

King revealed a few other interesting metrics about the game as well. In the United Kingdom, 61% of Candy Crush fans play while going to work, while 78% of fans in the United States said they like playing while watching television.

Most people play between 6 and 9 PM, and on Sunday. And the hardest level to beat: 65, where players have not only licorice, but chocolate to deal with as well.

To celebrate "the communities’ huge achievements and to say a big thank you to all the Candy Crush fans worldwide," King announced that it would be launching some new updates, as well as giving out in-game anniversary treats, over the coming weeks.

“The past year has been one of the most exciting times for King since Candy Crush Saga launched on mobile,” Tommy Palm, Games Guru at King, said in a statement. “Fans can look forward to even more exciting new Candy Crush Sagacontent over the coming months, including an exciting new twist to the game.”

The company has long been rumored to be a candidate for an IPO, given that it's established itself as a leading gaming company.

Of course, many people will make the obvious comparison to Zynga, another gaming company that was heavily reliant on Facebook, and which absolutely tanked once that relationship was severed.

But the example that most comes to my mind is OMGPOP and Draw Something.

Let me be clear: King is not OMGPOP. King has released 150 games, in 14 different languages, and offices around the world. It is not a small studio with one hit under its belt.

But Candy Crush is an absolute phenonmenon, much the way Draw Something was. And, as we have seen before, that can change quickly.

Draw Something was downloaded 35 million times in its first six weeks alone after its debut, which prompted Zynga to buy OMGPOP for $180 million last March.

And the purchase initially looked like a winner when Draw Something became the top paid app in the iTunes store in April, but things quickly fell apart after that. The game's numbers fell off severely and the game lost seven million users from May to June alone.

A year later, OMGPOP was out of business.

My point is here that King is an established studio, but one with one big, giant game on its hands. It may have to prove that this success can be replicated across more games before it impresses public market investors.