Square sees a shakeup on its Board of Directors 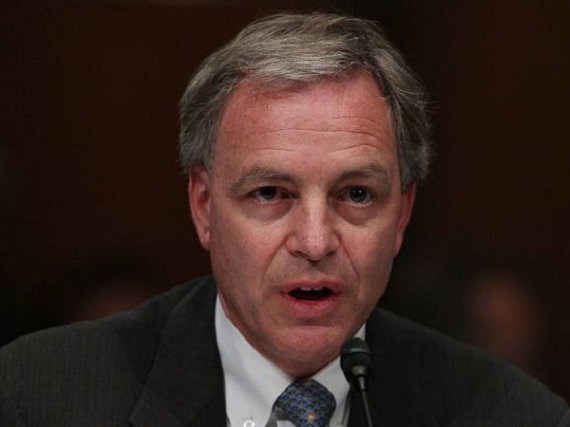 The Board of Directors at Square got a bit of a shakeup on Wednesday night, with the departure of one member, along with the immediate appointment of his replacement.

Starbucks CEO Howard Schultz has stepped down from the board of the mobile payments company only a little after a year after first joining, it was announced late Wednesday. His replacement will be ex-Goldman Sachs Chief Financial Officer David Viniar.

Viniar will also serve as Audit Committee Chairman on the board.

"Howard's guidance has helped Square grow as a company and as a business,” Jack Dorsey, CEO of Square, said in a statement. "I have come to know Howard well, and I always appreciate his thoughtfulness and good counsel."

Schultz joined the board in September of last year, when Starbucks invested $25 million in the company as part of its Series D financing. A spokesperson from Square tells VatorNews that it was always his intention to only serve for one year.

The fact that Square already had someone lined up to take the position makes me believe that this is true.

Square and Starbucks, of course, have been partners since August of 2012, which allowed Square users to set up their phone as a beacon inside 7,000 Starbucks locations. That meant that they simply had to state their name to a cashier, who would look for it on their device and confirm their identity with picture verification. Square also proceses of all Starbucks' Card transactions.

In addition, the two companies also set up a Square Directory which lists nearby Starbucks locations, and can even let customers know if there are specials for all customers or Square customers being offered at any time.

Schultz's departure from the board will not have any effect on the existing partnership between Square and Starbucks.

As for Viniar, he  spent 13 years as CFO of Goldman Sachs before retiring earlier this year. He now serves as a member of the firm's Board of Directors.

"David's extraordinary financial insight and expertise will add another valuable perspective to our world-class board," Dorsey said in a statement.

Having such a high profile banking executive, and one who still has ties to the firm, on the company's Board of Directors is bound to peak the interest of some people. Don't be surprised if you start seeing rumors of a Square IPO flying around soon.

It should also be noted that Viniar is not the only person at Square with Goldman Sachs connections.

Founded in 2009, Square has raised over $340 million, most recently a $200 million Series D, the round that Starbucks participated  in, along with CrunchFund, Citi Ventures and Rizvi Traverse Management.

The company had previously raised a $10 million Series A round in 2009, led by Khosla Ventures; a $27.5 Series B round in January 2011, from Sequoia Capital and existing investors; and a $100 million Series C round in June 2011, led by Kleiner Perkins, which led to the company being valued at $1 billion.

The company also received $3 million from Sir Richard Branson in December of 2011.