After allowing violent beheading video on the network, Facebook reverses decision and removes it 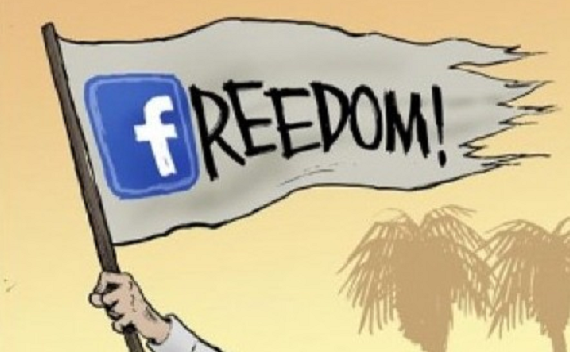 Facebook has found itself in a pretty tricky situation over the last few days, trying to straddle the line between freedom of expression and maintaining the safety of its user base. And the company does not seem to know which side it wants to come down on yet.

The whole thing started when a video showing a woman being beheaded went viral on the site last week, a clear violation of the ban the network put up back in May to censor such videos.

Facebook, however, decided to lift the ban for this video, according to a report from BBC News on Monday. A spokesperson told the BCC in a statement that people were sharing the video "to condemn it," and not to celebrate it, and that is why it was allowed to stay up.

Only a day later, though, the company has decided to reverse that initial decision, instead ordering rhe video be taken down, according to a report from AllThingsD on Tuesday. The decision reportedly came after the company got pushback from child and online safety groups, among others.

In a statement supplied to AllThingsD, a Facebook spokesperson said that the company would be overhauling its review process and also promised the "strengthening the enforcement of our policies."

First, the company will "take a more holistic look" at the context of the video, and immediately remove any that "celebrates violence."

Also being taken into account will be the person posting it, and how responsible they are with making sure that it is only seen by an age-appropriate audience (how old do you have to be before watching someone get their head chopped off does not disturb you, exactly?).

After stating that the beheading video was condemning the violence, Facebook has, upon further review, now found that is it, actually, doing quite the opposite.

"Based on these enhanced standards, we have re-examined recent reports of graphic content and have concluded that this content improperly and irresponsibly glorifies violence. For this reason, we have removed it," said Facebook.

I am, as I suspect many other are, of two minds when it comes to this type of thing.

One, I am of the belief that nobody, and I mean nobody, ever needs to see a video of someone being beheaded. I've seen one, and I wish I never had.

I was in high school when Daniel Pearl, the Wall Street journalist, was kidnapped, and then beheaded, by Al Qaeda back in 2002. Shortly after the incident, a friend of mine announced that he had downloaded the video of the execution. While I wasn't eager to watch it, I also didn't object. But as soon as I saw it, I immediately wished I hadn't. It was sickening and terrible and it shook me for days.

So, for me, I think of the potential consequences of leaving a video like this on a network like Facebook are dire. Yes, you can put age restrictions on things, but you know that, eventually, it is going to fall into the hands of someone far, far too young. And that can lead to terrible results.

But there is another side of me that simply does not want Facebook to be the one who decides what people do, and do not, get to see.

It comes off as big brother-ish, and, not to sound like I am clutching my pearls too closely, but where does that end? Remember, the network has not always shown the best judgment in trying to decide what to allow, and not allow. Facebook has gotten itself into trouble before, over videos and pictures of mother's breastfeeding, as well as women showing their mastectomy scars.

Of course, a beheading video and a breastfeeding picture are not the same thing. I don't mean to suggest that a line cannot be drawn; and probably a beheading video does go over it. But what about when the area becomes even more grey? Then who gets to decide on what can, and cannot, be posted?

This is all tricky business, of course, but I am sure about one thing: such a controversy would never erupt on Twitter. In fact, a video of a woman being shot in the head, which was subsequently uploaded to Twitter, actually became one of most enduring images of the 2009 election protests in Iran.

It is that kind of free expression, combined with it's real-time feel, that has allowed Twitter to become a tool that was credited with helping to bring news of the Iranian protests to American audiences and then helping to oust Egyptian President Hosni Mubarak two years later.

It's safe to say that Twitter would not have been recognized in such a way if it had been censoring the content that was being uploaded.

So Facebook must make a decision: does it want to be the socially relevant network that Twitter is, or not? If it does, it simply is going to have to let the network police itself.