Music streaming service now available in 32 countries around the world 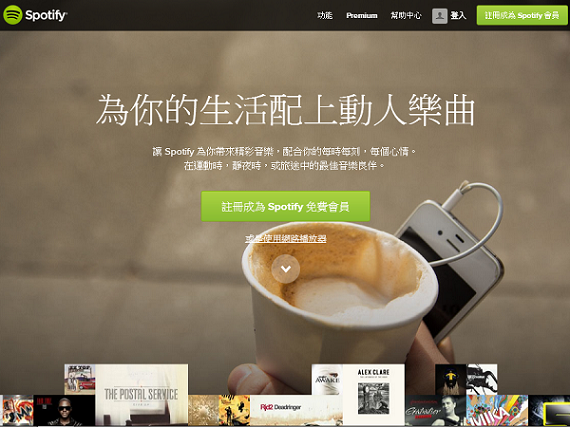 (Updated to reflect confirmation from Spotify)

Spotify continues its quest to bring music to the world world by launching its services in Taiwan, its fourth stop in Asia. The move was made quietly, with no fanfare, and no official announcement.

The news was first noticed by TheNextWeb on Monday.

This follows an aggresive worldwide push by the company earlier this year to expand to new markets beyond The U.S. and western Europe . In April, the company made its first moves into Asia by launching in three countries on the continent: Hong Kong, Malaysia, and Singapore.

At the same time, It also launched in five other countries at the same time: Mexico, Estonia, Latvia, Lithuania, and Iceland. Taiwan now brings the platform’s total to 29 markets altogether.

Spotify's commitment to expanding to new markets was made clear earlier this summer when it hired Sunita Kaur to be its Director of Asia. Kaur has experience in the region, having recently held the same Facebook for the past two and a half years.

Other countries will soon be getting Spotify, sources told TheNextWeb, but no specific new markets were named. It is a safe bet, though, that the company will continue to roll out in Asia; perhaps in China or India, two of the fastest growing countries in the world, which offer the promise of millions of new subscribers.

Despite these impressive numbers, though, Spotify is in a very competitive market, with services like Pandora and Songza already established, and companies like Microsoft, Apple, Nokia, Google and even Twitter trying to carve out their own piece of the pie. Pandora recently hit 200 million users, doubling its userbase in two years

That is a big part of the reason that Spotify has been expanding to these new markets; it needs to stay ahead of the pacl. But that need has also come with a price: the company has never been profitable.

Spotify has raised nearly $300 million in funding, including $100 million  Kleiner Perkins Caufield & Byers and Russian investment firm DST Global in 2011, and the aforementioned $100 million from Goldman Sachs in November 2012.

Most recently it was reported that is looking to raise an unspecified amount of new funding, at valuation of 35 billion kronor, or $5.27 billion. The company has seen its value rocket 75% in just 10 months, since the last time it raised new funding.

Spotify has officially announced its launch in Taiwan, as well as the additon of its services in Greece, Argentina and Turkey.

"We’re delighted to announce that Spotify is available in Argentina, Taiwan, Greece and Turkey starting today. There are millions of songs on Spotify – from old favourites to the latest hits. Just hit play to stream anything you like!" the company wrote.

They will have access to Spotify Free, Unlimited and Premium.