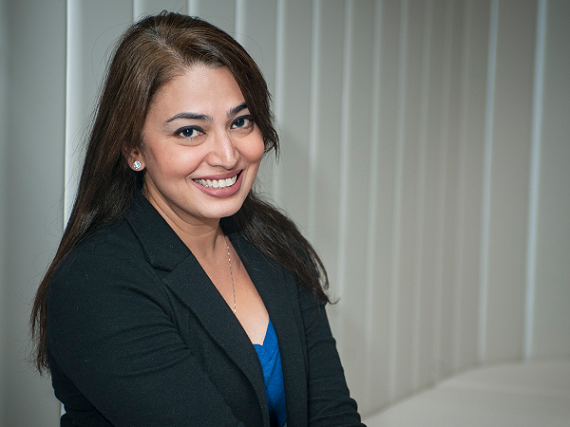 Spotify has plans to bring music streaming to the whole world, and the company is now getting ready for a big push in Asia. It has just gone ahead and hired a new director for the region, one with extensive experience in the space and the area.

The music-streaming service has just hired Sunita Kaur to be its Director of Asia, according to a press release sent out in Asia on Tuesday. Kaur, who recently held the same Facebook for the past two and a half years, has updated her LinkedIn profile to reflect the new position as well.

In her new job, Kaur will be responsible for managing Spotify’s Asian growth, and she will also be leading the region’s sales division. She will be based in Spotify’s Singapore office.

Prior to spending two and a half years as director of Asia at Facebook, she gained extensive experience in the Asian-Pacific region, specifically in Singapore. She was an Associate Director for Singapore and International Accounts at Microsoft Advertising; was an Advertising Director for the Asia Pacific and Middle East regions for Forbes; a Sales Director for Singapore Holdings; and spent over five years as a Regional Manager for Time Inc Asia. She has over 17 years of experience in the both the print and digital space.

And that experience will certainly help Spotify as it looks to expand its services to the Asian-Pacific region. In April, Spotify made its first moves into Asia, launching in Hong Kong, Malaysia, and Singapore.

Obviously Asia as the company's next move makes sense as it is such a fast growing region. If Spotify were able to gain a strong foothold in China and India, it would be a big step toward making the company the biggest player in a very crowded field.

“We’ve been waiting for Spotify to arrive in Asia for a while and the reception we’ve received has been overwhelming,” Sunita said in a statement.

“We give you access to one of the world’s largest and most diverse music catalogues, for free. That’s an unbeatable deal, and one that’s helped us build a big audience in just a few short weeks. This is just the beginning for Spotify in Asia.”

Asia is just one leg of Spotify's global push: at the same time the company also made its first steps in Latin America with Mexico, and brought its services to Estonia, Latvia, Lithuania and Iceland. Spotify is now available in 28 markets around the world.

The company has more than 24 million active users and over six million paid subscribers. Since its launch in 2008, Spotify says it’s driven more than $500 million to rights holders and expects to drive another $500 million in 2013.

Spotify has raised nearly $300 million in funding, including $100 million  Kleiner Perkins Caufield & Byers and Russian investment firm DST Global in 2011, and another $100 million from Goldman Sachs in November 2012. The company was last valued at $3 billion.