Out of touch: 23% of Congress still using BlackBerry

Apple easily wins the day with 58%, while only 4% of Representatives are on Android 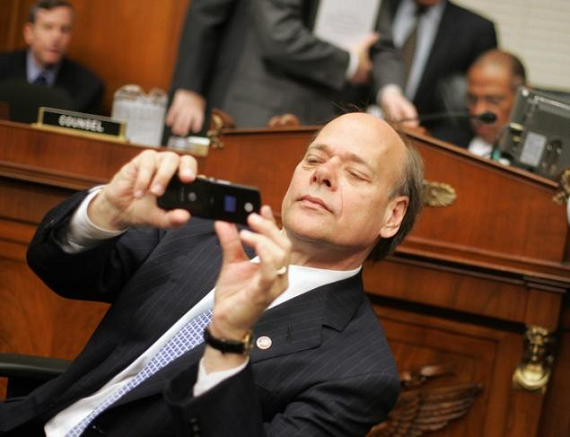 The BlackBerry may soon be going the way of the dodo, but try telling that to the United States House of Representatives.

When they were recently asked which smartphone platform they prefer, members of Congress overwhelmingly chose iOS, according a survey done by NBC's Meet the Press on Sunday. Apple was the operating system of choice for 58% of 348 House members (51 of them declined to participate).

So, with Apple in first place, your next question is probably, "how far behind is Android?"

The answer: far behind. Far, far, faaaar behind. In fact, it came in a distant third place, with only 4%. In second place was BlackBerry with 23%. 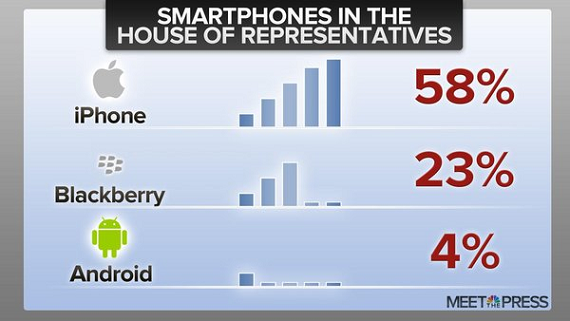 And, in a stunning display of bipartisanship, both parties had an equally paltry number of Android users; 5% of Democrats and a mere 3% of Republicans.

And yet, 21% of Republicans, along with 25% of Democrats, are still using BlackBerry, even though the rest of the country has been quickly abandoning it over the last few years.

BlackBerry was the only one Of the top four smartphone manufacturers, which also includes Microsoft, to actually ship less smartphones in the second quarter than a year ago, according to a report from the International Data Corporation (IDC) last month. BlackBerrt dropped to 6.8 million, from 7.7 million, a decrease of 11.7%. Meanwhile, it also lost nearly half of its market share, going from 4.9% to $2.9%.

And things are only getting worse at BlackBerry. Last week, the company announced that it expects to generate just $1.6 billion in revenue for the quarter. Analysts had been expecting $3.06 billion, nearly twice that number. The company also expects to incur a GAAP net loss of $950 million to $995 million.

The company also said it was going to be shedding 4,500 jobs, or around 40% of its workforce, as well as cutting down its smartphone portfolio to four devices from six.

And all of this is happening as BlackBerry is in the midst of trying to sell itself, while its suitors seem to be more interested in breaking the company apart to salvage the pieces than saving it.

So, if you were wondering who those people are who are still buying BlackBerry phones, even as the service threatens to be extinct by the end of the year, here is your answer: it might just be your member of Congress.

It's nothing to new to say that Congress is out of touch with the average American, but this is just ridiculous!

Btw, NBC did not ask members of the Senate the same question, but we do know of at least one who is a supporter of Apple!