The company matches employers to potential employees, and will send out alerts when a match is made 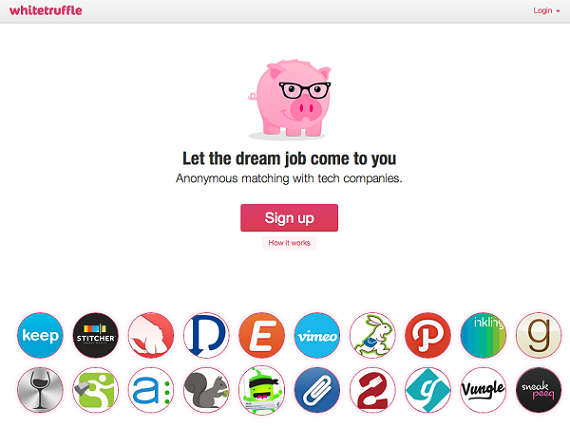 When I was out of work I had a certain routine: I would get up in the morning, open up Craiglist and then refresh the page every hour to see if there were any new, interesting listings. It was not exactly the most efficient way to find work; not from my end, or from the employers either, who must have gotten a million resumes like mine that they had to sift through. The number of responses I got was ridiculously low.

That is where tech recruiting platform Whitetruffle comes in. It seeks to make the job recruiting process simpler, easier and cost effective. Now, after being in beta for over a year, the company is officially launching, it was announced on Thursday.

Whitetruffle was founded in 2011 by CEO Alex Deve, Ali Behnam, and Michael Morell, who all have expertise in consumer products and recruiting.

'The origin of the company is that Michael, Ali and I met at a bar and started talking about the recruiting space, and how it is inefficient, how it doesn't scale, and how the experience for candidates, companies and recruiters is really bad," Deve told me in an interview.

"There had to be something better."

So they created Whitetruffle, which acts as a matching site for employees and employers. Here's how it works:

Users sign up, and create a profile, showing off their skills and expertise, as they would on their resume. 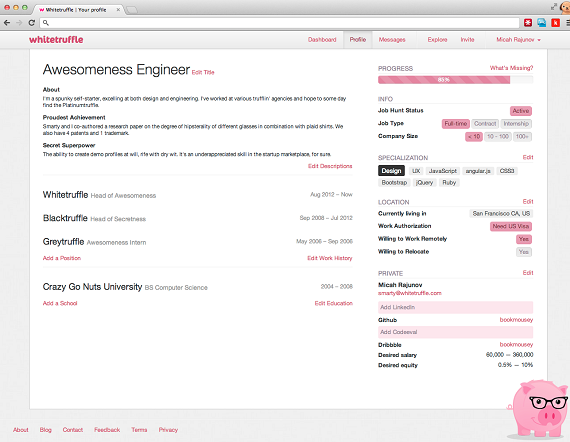 Whitetruffle then looks at over 50 categories of signals from the user's profile and activity, including work history, skills, location, re-location, on the site to analyze relevancy and intent.

When a potential employee is matched with a company, an email will be sent to the inbox of the employer and the candidate. 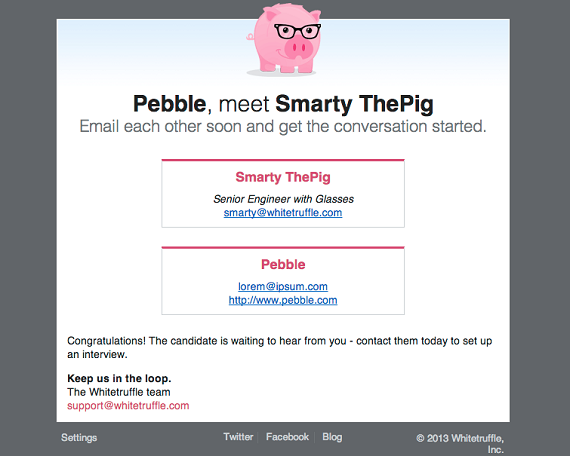 The employers and job seeker can say yes or no to each match; they will only be introduced to the candidates or employers that they actually want to talk to.

"Whether they say yes or no, we can then use that data," said Deve. "We can see a huge amount of data over time to better know what they are looking for, what they want and like."

Employers and candidates have the ability to shut Whitetruffle off if they are no longer looking for work, though Whitetruffle will still send a monthly email showing them the jobs they missed.

"Once you start a new job, you don’t want to hear about others for at least a few months. Other services keep sending you things al the time, but we don’t want to do that," Deve told me.

While in Beta since late 2011, the company grew to over 2,000 companies, and more than 30,000 candidates, primarily software developers and creative professionals. Companies that used Whitetruffle to make new hires include  Eventbrite, Pebble, Asana, TaskRabbit, and Dropcam.

Interestingly, around 50% of the hires through Whitetruffle were passive candidates hired away from their current jobs, Deve told me.

In addition to coming out of beta, the company also announced that it is implementing a new freemium business model.

From now on it will be free for companies to post on Whitetruffle, but those that want to hire faster or who have  bigger needs can pay $660 a month. This will allow them to post more jobs, and source at a quicker rate than those that are using the free service.

The San Francisco-based company has raised $1.6 million in seed funding from Jerry Yang, Scott Banister, Morado Ventures, Kima Ventures and a few other angels. It is seeing its userbase grow 20% to 30% month-to-month.

Whitetruffle is entering into a space that has been seeing a lot of action over the last year or two. There have been a rash of recruitment sites coming up and raising money.

There is BranchOut, a free service that allows Facebook users to create a professional account that pulled work-relevant information from their profile. And there is also Zao, an Israeli-based start-up which raised $1.3 million in funding in June of last year, and Work4 Labs, another Facebook recruiting tool, which raised $11 million in Series A funding in September 2012.

In October of last year, Entelo, a search engine for employers to find suitable recruits to fill positions in their companies, came out of stealth mode with an undisclosed amount of money from Battery Ventures and Menlo Ventures.

Then there is TalentBin, which raised $2 million in Series A funding in July,

What separates Whitetruffle from all of these other recruitment sites is that they are delivering the results automatically, meaning it saves everyone the time and energy of having to go through a ton of listings and reply to each one.

"Whitetruffle is more of a push experience than a pull," said Deve. "Things come to you, and that is very important."

Ultimately, the goal of the company is to make the experience of finding a job quicker and easier.

"It is my personal view that I don’t think you should have to search for a job," Deve told me. "That is my dream, and we are not that far away from the reality."

What is happening now, he told me, is that the time we spend working for a company is shrinking.

"People from my generation will have 6 to 10 jobs their in lifetime. My child will have 30 jobs," he said. "The industry has to evolve with that. That’s why matching is so important, it make sure the right people are seeing the right jobs."

Whitetruffle is one of the fastest growing disruptive tech recruiting platforms on the web. With over 2,000 employers and more than 30,000 software developer and creative professional candidates in the network, it uses a proprietary technology to match qualified candidates to job openings. We help employers cut down their time to source talent and directly introduce them to qualified candidates who are willing to speak with them.  Since the Beta launch in late 2011, several hundred companies like Eventbrite, Pebble, Asana, TaskRabbit, and more have hired using Whitetruffle.

Whitetruffle’s name stems from white truffle hunting, drawing similarities between candidate sourcing and the hunt for that gourmand “jewel”, the white truffle, buried deep within forests in Europe.

Established in 2011, Whitetruffle is privately held and headquartered in San Francisco, California.  For more information and to register, visit www.whitetruffle.com. 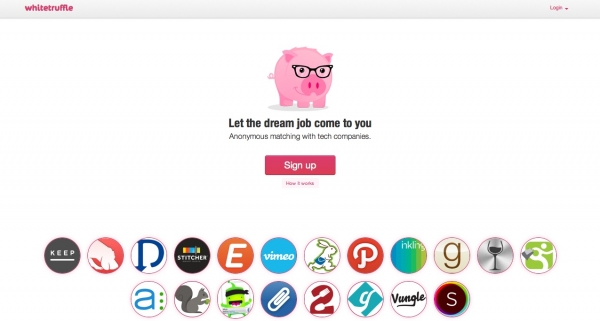 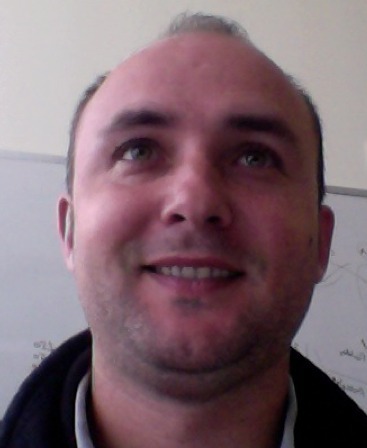 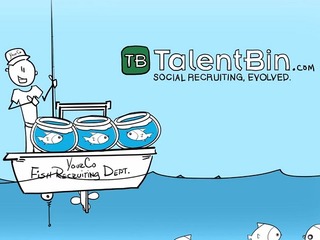 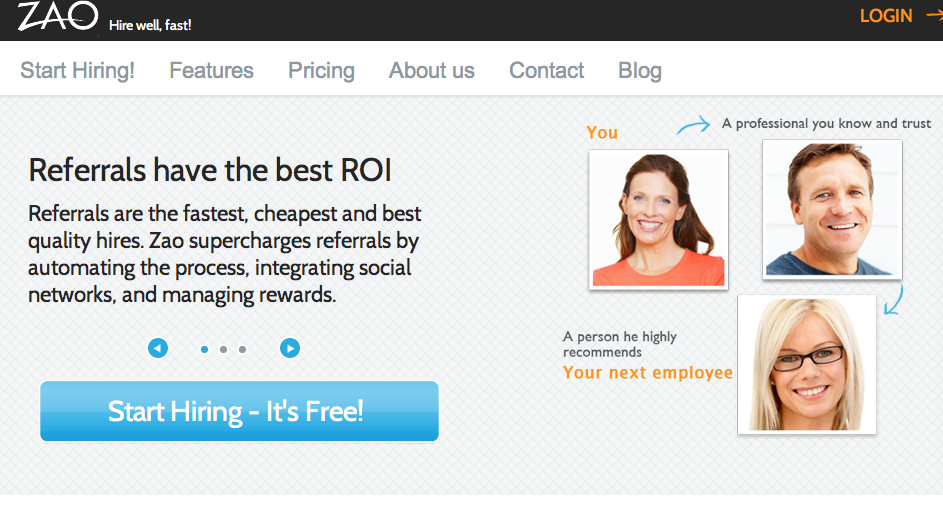 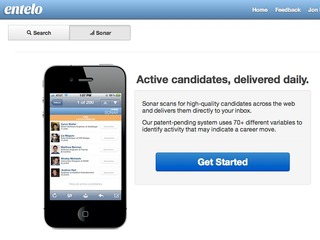