Lee defends himself on funding page, says he is not hurting other filmmakers with his campaign 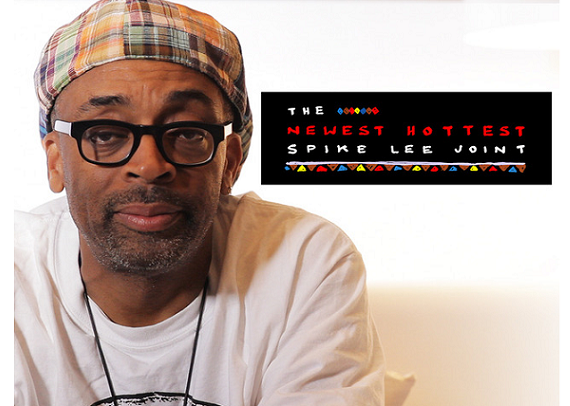 Whenever a celebrity uses Kickstarter to fund a project, its bound to attract some controversy. But there is a very good reason that they have been, and will continue to, use it: it works.

Case in point, Spike Lee. Last month Lee turned to the crowdfunding site to fund his latest project, setting a goal of $1,250,000 by August 21.

Lee surpassed that goal yesterday, with another five days left on the project. It has now raised $1,315,396 from 5,632 backers.

He has followed in the footsteps of Veronica Mars creator Rob Thomas, and director Zach Braff, as a celebrity who used Kickstarter to fund their film and wound up surpassing their goal.

Thomas' initial goal was set at $2 million,  which was met within 10 hours of the start of the campaign. The project actually wound breaking the record as the fastest project to reach first $1 million, then $2 million.

Celebrities turning to Kickstarter has sparked a major conversation about who the site is actually for. Even company founders Perry Chen, Yancey Strickler, and Charles Adler, have weighed in, defending big name projects, and even going so far as to say that they also help fund other projects.

"The Veronica Mars and Zach Braff projects have brought tens of thousands of new people to Kickstarter. 63% of those people had never backed a project before. Thousands of them have since gone on to back other projects, with more than $400,000 pledged to 2,200 projects so far. Nearly 40% of that has gone to other film projects," they said in a blog post entitled "Who is Kickstarter for?"

Ultimately, what it comes down to is a case of haves vs. have-nots, with the feeling that Kickstarter was meant to be for those without the connections to raise money, rather than those with big names using their celebrity to attract funds.

But in the description of his project, which is vague at best (The project is simply called "The Newest Hottest Spike Lee Joint" and the description only says that it has something to do with "Human beings who are addicted to blood") Lee pointed out that going on to Kickstarter has actually become the last refuge of the independent film.

“With the current climate in The Hollywood Studio System, it’s not an encouraging look for Independent Filmmakers. Super Heroes, Comic Books, 3D Special EFX, Blowing up the Planet Nine Times and Fly through the Air while Transforming is not my Thang," he said.

If Hollywood doesn't want to make the kinds of movies Spike Lee wants to make, but people still want to see them, why shouldn't he use Kickstarter to give people what they want?

Lee also defended himself againsr criticism that he had not helped anyone on Kickstarter before, and that he might be taking away resources for other films.

"I did not give back KICKSTARTER in the past because I was backing my NYU students. Now that I’m on KICKSTARTER that will change. This narrative that I’m greedy, do not support, care or nurture young Filmmakers is so far from the truth it’s not even funny. I would not be teaching FILM for as long as I have if I didn’t care about young Filmmakers," he said.

As for the idea that his campaign would be hurting young filmmakers, he called it a "fallacy."

"The fact of the matter is I’m bringing exposure to KICKSTARTER, backers to KICKSTARTER who have never even heard of KICKSTARTER before. The same was true of the VERONICA MARS and ZACH BRAFF’S projects. There was also a study done that had data to prove we did not hurt the young filmmakers on KICKSTARTER either."

The fact that Lee felt compelled to defend himself directly on his Kickstarter funding page should tell you that this issue is not going away any time soon. 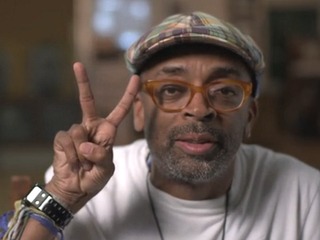