Lee is sure to set off another debate over what Kickstarter should be, and who it should be for 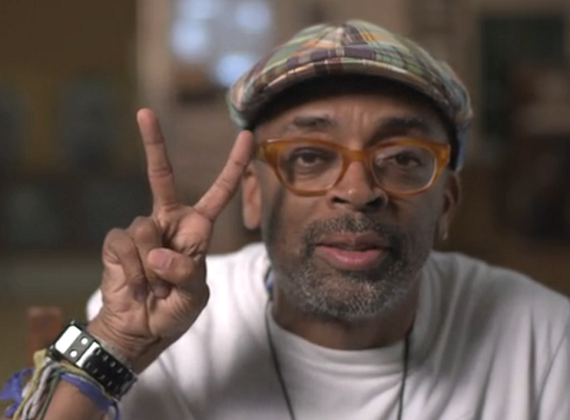 The great debate over what Kickstarter should be, and whom it should be for, is about to rear its ugly head again. And this time it involves a man who is not exactly known for keeping his opinions to himself. So, if nothing else, this should at least be entertaining to watch!

Renowned, and infamously outspoken, filmmaker Spike Lee is the latest Hollywood insider to turn to Kickstarter in order to fund his latest film.

The project is currently untitled (it is simply called "The Newest Hottest Spike Lee Joint") and the description is vague, at best, noting that it has something to do with "Human beings who are addicted to blood," (aka vampires?).

The project itself is not really the point, though. The much more interesting things to look at are why Lee decided to turn to Kickstarter in the first place, and what this means for the future of the site.

So, why use Kickstarter?

Because, according to Lee, traditional funding for smaller films simply does not exist anymore.

The "current climate in The Hollywood Studio System" is not encouraging for independent film, he said, with every movie having to have a super hero, special effects and every movie needing to be part of a franchise.

Kickstarter, he said, is becoming a refuge, a place where smaller movies that the studios don't care about can find funding.

"I have a different vision of what Cinema can be, a different vision of what some under-served Audiences might want to see. That is why I am here on KICKSTARTER, to raise the Funds for The New Spike Lee Joint, to get this BAD BOY financed. Nothing in Life is Free and if you want something you got to pay for it. If you have liked any of my Films in the past, this is the price it costs to see another one (which can be less than the cost of one Movie Ticket). We feel the different levels on contributions make it affordable for everyone to GET DOWN FOR THE CAUSE," Lee wrote.

Of course, Lee is not some small-time filmmaker. This is a man who has been nominated two times for an Academy Award (first for writing Do the Right Thing in 1989, and then for producing the documentary feature 4 Little Girls in 1997). He also won two Emmys in 2007 for his HBO documentary called When the Levees Broke.

So Lee is no struggling filmmaker, and the fact that he has now turned to Kickstarter for funding will no doubt rouse the ire of those who see the service as being for those who have no other means to get the money they need.

Controversies of this type have come up before, most recently over the The Veronica Mars and Zach Braff Kickstarter projects.

Then came Zach Braff. And it all fell apart.

When Braff decided to launch a fundraiser on Kickstarter, seeking to raise $2 million to finance his new film, called Wish I Was Here, the backlash was quick and harsh. Yet, despite all the consternation, the goal was still reached in three days.

Last year, when two projects, the video game Double Fine Adventure and the webcomic Order of the Stick, raised $1 million each, a similar controversy erupted.

What do these types of project mean for Kickstarter?

Kickstarter, for its part, has no incentive to take these types of projects down, or to ban them from the site. Not only do they bring publicity, but they also, apparently, bring in extra money.

Part of the issue what people have with these types of projects being funded is that they supposedly take away money from other projects that actually need it. But the Kickstarter creators say that it is, in fact, the opposite.

In a May blog post, entitled "Who is Kickstarter for?," company founders Perry Chen, Yancey Strickler, and Charles Adler, defended the two projects, saying that they not only into the guidelines and mission of the site, but they also help fund other projects.

"The Veronica Mars and Zach Braff projects have brought tens of thousands of new people to Kickstarter. 63% of those people had never backed a project before. Thousands of them have since gone on to back other projects, with more than $400,000 pledged to 2,200 projects so far. Nearly 40% of that has gone to other film projects," they said.

For the people who get mad when these projects are funding, though, the real issue is that people who supposedly have the means to get their money from traditional, wealthy backers are using, and exploiting, ordinary people.

My first problem with that is: nobody is forcing anyone to fund any of these projects. So the idea that people are being duped is condescending and simply wrong.

But, more importantly, yt should also be noted that what Lee said about independent film is absolutely true. It has become well-known problem in the industry, which big name directors like Steven Spielberg and George Lucas have recently spoken out about. With the increased globalization of movies, special effects and known characters are easier to sell to emerging markets like China and India.

So it may not be the case, at least not every time, that there are other routes for getting this type of funding. And, if that truly is the case, these artists should have the same access to funding as anyone else.