Despite controversy, Zach Braff and Veronica Mars brought an extra $400,000 to 2,200 other projects 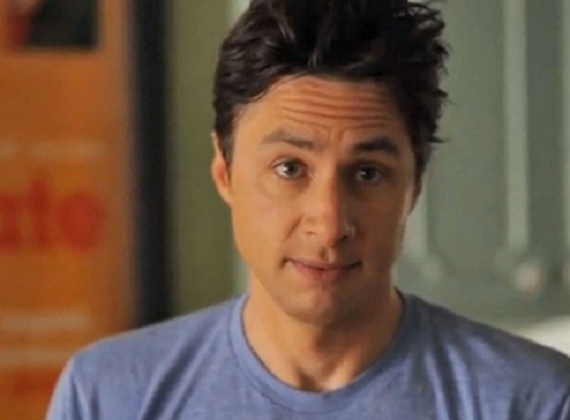 It may have flown past your radar, but there has recently a bit of controversy over at Kickstarter when two big studio projects decided to raise money from regular people. It sparked a backlash and a question of whether or not taking money from people for projects that could otherwise have been funded goes against the ethos, and the mission, of Kickstarter. And now the creators of the fundraising tool have decided to respond.

"Who is Kickstarter for?" Perry Chen, Yancey Strickler, and Charles Adler, the company founders, wrote in a blog post Thursday.

"The Veronica Mars and Zach Braff Kickstarter projects have generated a lot of headlines, a lot of fan excitement, and a lot of questions. Should famous people use Kickstarter? Do they hurt other creators? Is it fair? We’ve read a lot of opinions, and today we’d like to share our own."

The company's mission, they said, is "to help bring creative projects to life," whether they be big or small.  "These two projects squarely fit our guidelines and our mission," they said.

Let's backtrack for a second, and get into what everyone is all upset about.

Then came Zach Braff. And it all fell apart.

Braff, as I'm sure you know, was the writer, director and star of Garden State, an indie movie from 2004 that everyone loved, but then decided they hated. Oh, and the public at large decided they hated Braff as well, for good measure.

So when he decided to launch a fund raiser on Kickstarter, seeking to raise $2 million to finance his new film, called Wish I Was Here, the backlash was quick and harsh. It even prompted comedian Tim Heidecker to write a one page script essentially telling Braff off for his stunt, which someone then decided to film:

Despite all the consternation, the goal was still reached in three days.

Part of the issue what people have with these types of projects being funded is that they supposedly take away money from other projects that actually need it. But the Kickstarter creators say that it is, in fact, the opposite.

"The Veronica Mars and Zach Braff projects have brought tens of thousands of new people to Kickstarter. 63% of those people had never backed a project before. Thousands of them have since gone on to back other projects, with more than $400,000 pledged to 2,200 projects so far. Nearly 40% of that has gone to other film projects," they said.

Kickstarter is not a zero-sum game, they said, where someone has to lose if someone else is winning.

"We see everyone getting to decide what projects they want to see come to life. We see more opportunity for creative freedom for everyone. We see more people participating in the creative process. We see more things getting made than ever before."

Chen, Strickler and Adler have taken this stance before.

Last year, when two projects, the video game Double Fine Adventure and the webcomic Order of the Stick, raised $1 million each, a similar controversy erupted.

"Projects aren't fighting over a finite pool of Kickstarter dollars or backers. One project's backer isn't another project's loss. The backers that one project brings often end up backing other projects as well. Each project is not only promoting itself, but the Kickstarter ecosystem as a whole," Kickstarter wrote in a blog post.

Despite the repeated protests from its creators, the controversy over who is "worthy" of being able to raise money on Kickstarter is sure to rear its ugly head once again in the future.