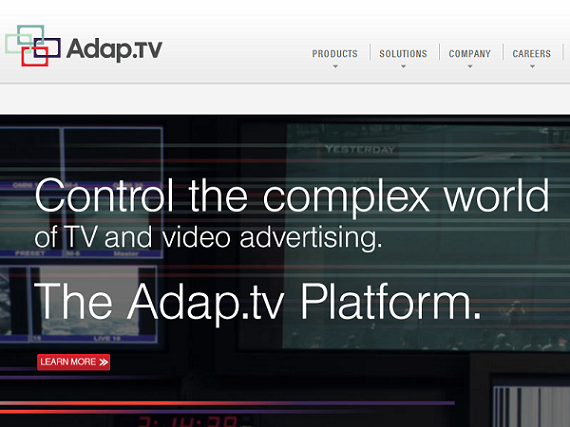 AOL has purchased Web video company Adap.tv for $405 million, it was announced Wednesday. The price included $322 million in cash and approximately $83 million in AOL common stock.

The purchase price is roughly 3x Adap.tv's gross revenue for 2013, we heard.

As per the deal, Adap.tv will continue to operate independently as part of AOL’s video organization, and be included as part of the overall solution offered by AOL Networks to its publisher and advertiser partners.

AOL Networks partners with leading publishers, advertisers and agencies to maximize the value of their online investments. AOL Networks brands include Advertising.com, The AOL On Network, Be On, ADTECH and Pictela.

With the addition of Adap.tv, the company says, it will now be able to offer an end to end video solution, including premium original production, content aggregation, syndication platforms, video CMS technology, and a programmatic video technology stack for publishers and advertisers.

“AOL is a leader in online video and the combination of AOL and Adap.tv will create the leading video platform in the industry,” Tim Armstrong, Chairman and Chief Executive Officer of AOL, said in a statement. “The Adap.tv founders and team are on a mission to make advertising as easy as e-commerce and the two companies together will aggressively pursue that vision."

Founded 2006, San Mateo-based Adap.tv is a video advertising platform. It provides buyers and sellers with automated tools to plan, buy and measure across linear TV and online video.

Its flagship product is Adap.tv OneSource, which provides a single point of control to serve and manage ads, both from in-house and third party sources, in all major video formats, using the existing display ad server.

Adap.tv supported over 26,000 global ad campaigns last year, which ran on roughly 9,500 websites and was used by many of the top brand advertisers. Its global revenue has grown over 100% per year in each of the last three years.

The company has U.S. offices in Chicago, Los Angeles and New York, and international offices in Australia, India and London.

Apapt.tv had raised a total of $48.5 million, most recently picking up a $20 million in Series C financing led by Bessemer Venture Partners, with participation from existing investors Gemini Israel Funds, Redpoint Ventures and Spark Capital in March 2011.