Now that Ling has made the switch from angel to VC, what's he excited about next? 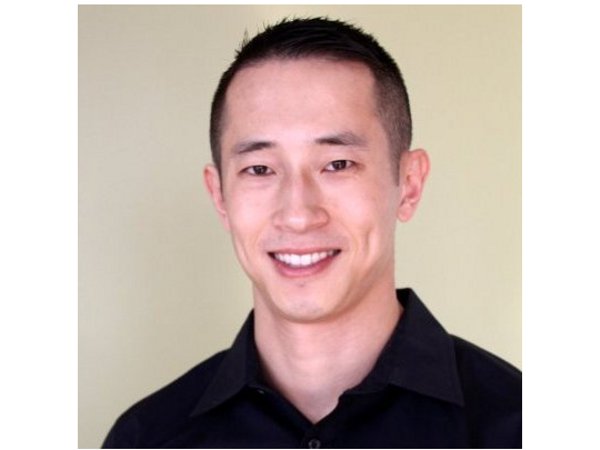 Khosla Ventures’ newest partner, Ben Ling, has been on the job for all of six weeks. With a Ph.D. in Computer Science from Stanford, Ling has held senior operating roles at Google, YouTube, and Facebook. He was Google’s Senior Director of Search Products and Local Business Products, where he worked side-by-side with Marissa Mayer for years. Most recently, he was the COO of Badoo.

Up until his move to Khosla Ventures, Ling was also a successful angel investor, with investments in companies like Fab, Palantir, DogVacay, IndieGoGo, PracticeFusion, Pulse, Udemy, and more. So now that he’s at Khosla, what is Ben Ling excited to jump into?

Ling sat down for a fireside chat (sans fire) with Bullpen Capital’s Paul Martino at Venture Shift Wednesday night. The two talked about everything from the switch from angel investor to VC to Marissa Mayer. At one point, Martino asked Ling what he’s excited about next.

“I’m excited about two main categories,” said Ling. “First, data science—if you think about a lot of problems in the world, if you have the data, you can probably predict or answer all the questions. Health is a good example: if you have all the symptoms and all the signals of a disease in a database, readily accessible so that you could test against it, you could probably detect a lot of rare diseases more quickly. Right now, that data just doesn’t exist, but as we get into a world where more data is generated and stored and processed, these sorts of innovations will enable data science to replace a variety of skilled labor.”

The second category Ben Ling is interested in is consumer health. “Right now, the technology is decades behind. There’s a big opportunity to look at the evolution of the Internet and mobile—the first wave was consumer, and the next wave was the consumerization of enterprise. I think that same thing will happen to consumer health.”

I asked Ling to expound upon that. There are several exciting new trends in consumer health—which one in particular is he excited about?

The second thing, he said, is that right now, wearables are generating lots of data, “will help us understand a lot more about human health. For example, after a walk does your blood pressure go up or down? Or the interaction of drugs for example: if you take a drug at 8 pm, what is the effect on your heart rate at 9 pm?”

If we’re able to collect all of this data in a repository, it will allow us to understand a lot more about human health, said Ling. 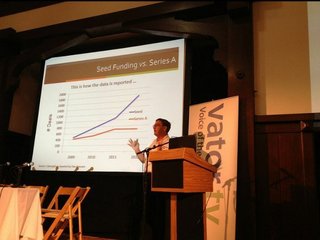 Are we in a Series A crunch? You bet your ass we are. 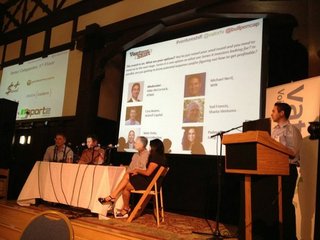