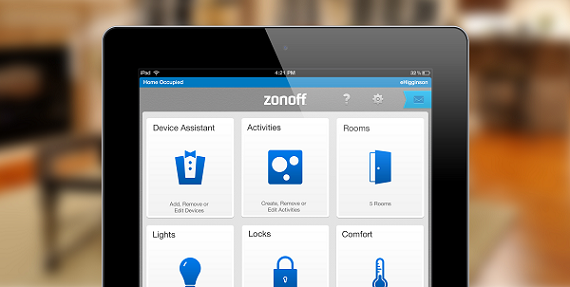 Over the last few months, there has been a lot of buzz about a new, very fast growing, and potentially very profitable, space that had broken out called The Internet of Things. It is a category that General Electric wrote could be worth $10 to 15 trillion by 2030. One that a survey from Zebra Technologies in October found was already in place in 15% of oganization around the world, and one that 53% of those organizations planned to implement within the next year.

Essentially, it is a network of devices that are connected via sensors to maximize the potential of each object.

Zonoff, which calls itself "the 'brains' of the connected home," connects all of these devices onto a single platform. It has now raised a $3.8 million Series A, the company announced Thursday. The round was led by Valhalla Partners and Grotech Ventures.

The company has multiple job openings right now, Zonoff CEO Mike Harris said in an interview with VatorNews, and the money will be used to expand its technical team, growing its current number of 18 employees. It will also be expanding its infrastructure by launching mass market solutions in Asia, Europe and South America.

"We have more customers than resources right now," Harris said. "We have a great opportunity in front of us."

Zonoff has previously raised, what Harris called, "a small seed round of under $1 million" from angel investors.

So what does Zonoff actually do?

Malvern, Pennsylvania-based Zonoff, which was founded in 2011, provides a software platform to its channel partners, who deliver “Connected Home” devices and services to consumers. The software puts all of the connected devices onto a single platform, which allows the channel partners to better control and monitor those devices, as well as allow consumers to control them from their mobile device.

Anything could theoretically become a connected home device. For example, you can have an alarm clock that is connected to your commuter train, that will ring early if there is a delay. Or you could open your garage door, turn off your home security, change the temperature on your thermostat, or even open your door locks, all from a mobile app. Even your fork, refrigerator and car can be connected to be made more efficient.

The Zonoff Connected Home Platform, which works behind the scenes with the devices, consists of Home, Cloud, and App software:

By putting all the connected devices onto a single platform, Zonoff is able to offer its channel partners data analytics and metrics, so that they can make recommendations to customers on how to increase efficiency, as well as recommend new or improved products.

“The thing we like about Zonoff is that they are not attempting to build a consumer brand, but rather are empowering big name consumer brands who already have deep and long-lasting consumer relationships," Lawson DeVries, General Partner at Grotech Ventures, said in a statement. "We have closely examined this burgeoning space, and strongly believe that Zonoff has the ideal approach. They are a very capital-efficient company because they leverage their Channel Partners’ existing hardware supply chains and economies of scale."

Harris couldn't divulge how many partners are currently using Zonoff software, nor was he able to name any customers, except for one partner that he was able to disclose: Somfy, a French group of companies that uses the technology in its TaHomA total home automation system.

The Internet of Things is an exciting space, Harris said, and one that he is happy to see getting mainstream press awareness. Companies are beginning to realize that connected home devices are the future, and that, he said, is also Zonoff's biggest competition.

"Many companies want to try to do it themselves," Harris said. "We show them that it makes better financial sense to have Zonoff connect the devices, rather than build their own team. We have the expertise and the platform."

The ultimate goal for Zonoff is to "change the way people live in their homes," Harris said. "If your house understands you, then it can become a trusted recommender of capabilities."