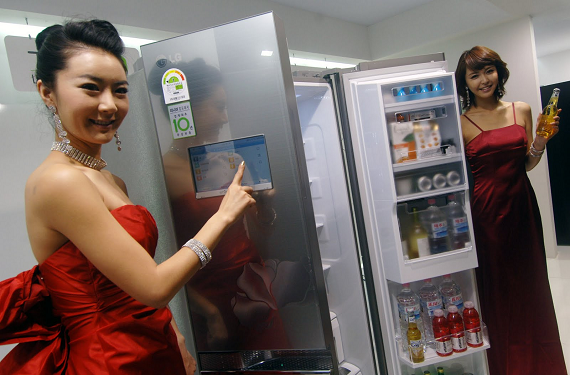 After the Consumer Electronics Show in January, there was a lot of buzz about  a new, very fast growing, and potentially very profitable, space that had broken out called The Internet of Things.

This is a category that General Electric wrote could be worth $10 to 15 trillion by 2030. One that a survey from Zebra Technologies in October found was already in place in 15% of oganization around the world, and one that 53% of those organizations planned to implement within the next year.

So just what exactly is the Internet of Things and why should we be so excited about it?

Here is how Zebra Technologies defines the space: ‘‘Smart interconnected devices that businesses use to get more visibility into the identification, location, and condition of products, assets, transactions, or people to drive more effective and timely business decisions or to improve customer interactions.’’

Essentially, it is a network of devices that are connected via sensors to maximize the potential of each object. And, while that may not sound all that exciting, it is when you hear some of the possibilities that can come from these sensors.

For example, you can have an alarm clock that is connected to your commuter train, that will ring early if there is a delay. Even your fork, refrigerator and car can be connect to be more efficient.

"The sky's the limit,"  Zia Yusuf, President and CEO of Streetline said in an interview. "The Internet of Things will be far bigger than even social media."

Here are some of the coolest technologies that I have seen that are emerging in this space:

If you were watching the Super Bowl in Canada, you might have seen an ad for the Budweiser Red Light, a device that notifies the user whenever their favorite hockey team has scored.

All a user has to do is download the app, set the device up with an electric imp (wireless) card, connect the Red Light to a Wifi network and then install the device wherever they want it. The device will then automatically detect when a game is on, and will start listening over the network for a score. When the puck goes in the net, the device lights up.

"The way it works is simple. Install the Budweiser Red Light wherever you'd like, pick your favourite city, and bango! It's ready to go. When your city scores, no matter where they're playing, the light will go off in all of its goal-indicating glory," it says on the Budweiser Canada homepage.

Right now the device is only designed to connect to hockey games, but it is easy to see this type of technology being used for any number of different sports. It's like a push notification, but much, much cooler/

Here is the commercial for the device, which is currently only available for sale in Canada:

The self driving car

Using technology from a company called Velodyne, a Google car was able to drive itself from 300,000 miles, from San Francisco to Las Vegas without getting into a single accident.

The possiblities for this are endless. Lets say that you drive to a bar, get too drunk to drive and need to take a cab home. With this technology, you could send your car home and not have to leave it sitting for hours. Or if you are moving cross country, you could have the car drive itself to meet you when you get to your new home.

The possibilities for the Internet of Things are so diverse that even the most mundane object can be turned into something that can improve a person's life.

The information is then uploaded via USB to the users' Online Dashboard to track their progress. The HAPIfork also comes with the HAPILABS app plus a coaching program to help users improve their eating behavior.

"Eating too fast leads to poor digestion and poor weight control. The HAPIfork is an electronic fork that helps you monitor and track your eating habits. It also alerts you with the help of indicator lights when you are eating too fast," it says on the HAPILABS website.

Who would think that an object that most people don't even give a second thought to could become so important just by putting in a small sensor?

The scale connects to a person's Fitbit account and can be accessed on the computer, iPhone, or Android app. It automatically uploads via Wi-Fi and can recognize up to eight users. The set-up time is promised to only take a few minutes and, as a default, all the weight users are set to private unless you choose otherwise.

Users can set goals, and tje Flex uses LED lights to show them how their day is stacking up against their goal. Users can see their stats in real time. Also with some Android devices, you can tap your device to launch your Fitbit stats.

LG's smart refrigerator makes the possibility of actually alerting the owner of when it is running low on certain items) a reality.

Its Smart Manager allows consumers to see what is inside without opening the door. They can also use the Smart Manager's Freshness Tracker, to check the expiration dates of various items. The Smart Manager will also recommend meals to cook based on the ingredients that are available in the refrigerator and the recommended recipe can be shared with LG’s smart oven to automatically begin preheating to the appropriate temperature.

Customers can also use Smart Shopping to do online grocery shopping directly from the refrigerator’s LCD panel. Items can be automatically purchased when current supplies are running low or they can be manually selected and ordered.

The fridge also comes with Health Manager feature that recommends individual recipes, as well as daily and weekly meal plans, based on the user’s personal profile. It takes the user's personal information including age, gender, weight, and height, in order to determine a Body Mass Index (BMI) figure which is then used to create a personalized meal plan for that user.

Whirlpool debuted a connected Fireplace which senses, and adapts to, the containers that are put on it, responding to what’s in them.

The device is divided into three parts: a multifunctional table, a mood lighting and air conditioning hood, and then a set of smart accessories. The camera from above senses the food types and adjusts the cooking levels. The level can be turned up or down by moving the container, which will interact with the table below.