Everyone else is getting hacked, why not MTV? 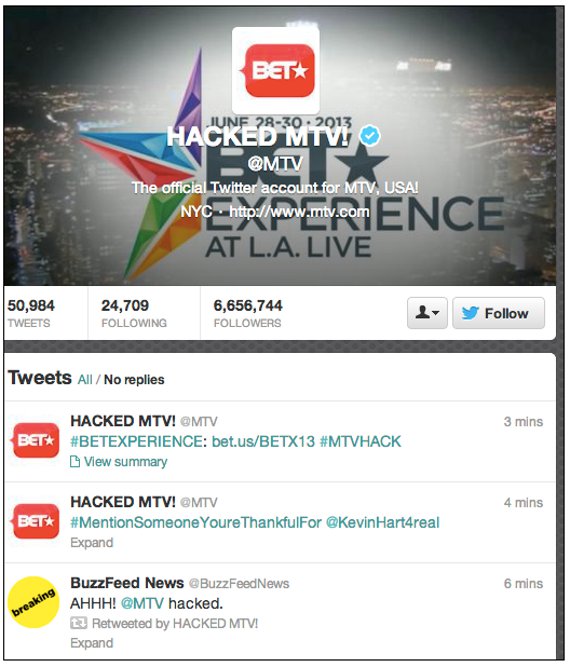 What do you do when a major report on Chinese hackers is the story of the day, all of the major brands around you are getting hacked up the wazoo, and you’re struggling to stay relevant?

And hack itself is what MTV did. Sort of.

The company’s Twitter handle appeared to have been hacked early Tuesday, sending out a bunch of nonsensical, not altogether witty tweets before it was frozen. The tweets were branded with the BET logo, which seemed to point to the corporate-takeover hack that Burger King experienced yesterday, during which hackers took control of the burger chain’s Twitter handle to stage a fake McDonald’s takeover.

The attack actually garnered Burger King about 30,000 new followers—for some reason. And then on Tuesday, Jeep was hacked and made to look like it had been sold to Cadillac. And again, thousands more followers flocked to the wounded Jeep brand.

So Viacom did the math and staged a fake hack that has fulfilled its purpose: everyone’s now talking about MTV. Way to go, guys.

Network execs from both MTV and BET didn’t help their case by tweeting about the attack before it happened. In a desperate grab for attention, MTV’s marketing director literally tweeted: “Everyone watch @MTV right now.” 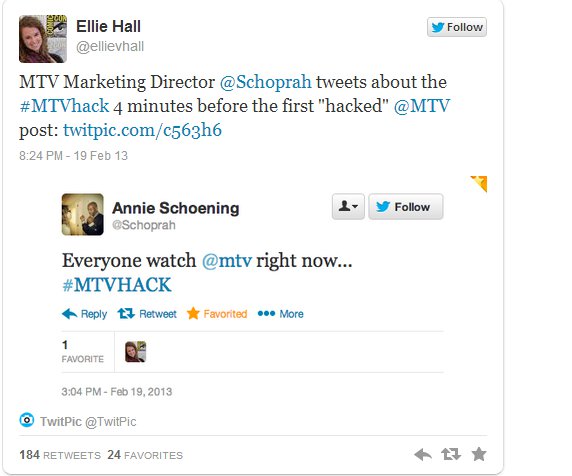 "The hack was pre-planned in the spirit of corporate camaraderie with our sister network," an MTV spokesperson said in a statement.

A job well done: MTV and BET can both revel in their ass-hattery together.

This isn’t the first time MTV has hacked itself. It pulled a similar stunt back in the pre-Twitter days of 1998, when visitors to the MTV Online page were greeted with what looked like a hack job: a darkened screen and a scribbled note that said “JF was here.” MTV went so far as to apologize for the inconvenience and said it was working on clearing up the problem. And then later, it turned out that JF was a fictional character named Johnny Fame, who was going to be a roving reporter at the MTV Video Music Awards the following night.

Today’s self-hacking scandal wouldn’t be quite so irritating if the timing were a little bit better, but the ploy was executed just hours after the New York Times broke a real—and pretty troubling—hacking scandal involving the Chinese military, which threatens not just corporate intellectual property and negotiations, but U.S. infrastructure as a whole. 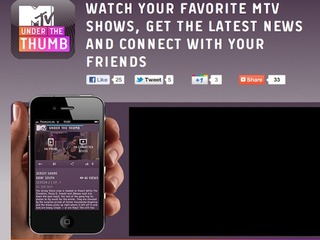 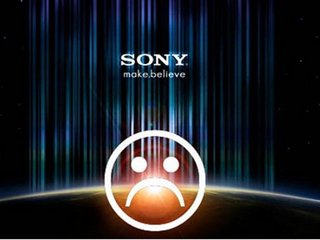 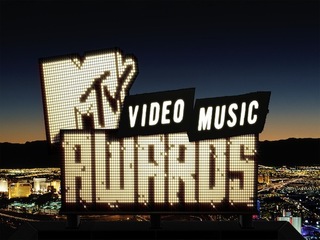