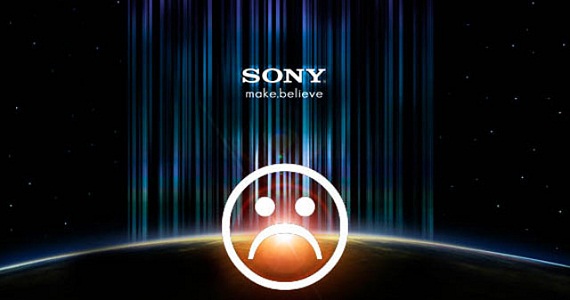 Once again Sony has been hacked.

Over 93,000 accounts in the Sony Network, including 60,000 Play Station Network accounts, were compromised in a massive hack yesterday.

This intrusion affects only a tiny fraction of the accounts that were compromised in a series of hacks that plagued Sony last April and May, in which tens of millions of account users information, including their credit card numbers, were obtained.

This most recent attack is mostly just an awful reminder of what happened a few months ago. "Please note, if you have a credit card associated with your account, your credit card number is not at risk," said Philip Reitinger, SVP & Chief Information Security Officer, Sony Group in a blog post this morning.

However, while Reitinger says that credit card information was not stolen, compromised accounts may be used to make illicit purchases and should be checked immediately.

Reitinger characterized the amount of accounts affected by this most recent attack as being less than 0.1% of the number of overall accounts.

The hackers' method was to attempt a large amount of sign-ins on existing accounts, a kind of mass "trial and error." This worked so fleetingly and with such a small number of the comapny's overall number of accounts that some are questioning whether the attack can be classified as a "hack" at all.

"Given that the data tested against our network consisted of sign-in ID-password pairs, and that the overwhelming majority of the pairs resulted in failed matching attempts, it is likely the data came from another source and not from our Networks," said Reitinger.

The affected accounts have been blocked, and Sony is asking that affected users verify their account and change their passwords.

"If you are in the small group of [Play Station Network (PSN)/Sony Entertainment Network (SEN)] users who may have been affected, you will receive an email from us at the address associated with your account that will prompt you to reset your password," said Reitinger.

Sony is still trying to recover from the series of online attacks throughout April and May, when the account information of 77 million PSN users and 25 million SEN users were compromised. Sony estimated the cost of cleaning up the April/May attacks in the $170 million range.

Sony was the target of yet another hacking scheme last June. Several websites in the Sony Pictures system were attacked by hacking group LulzSec, affecting about 1 million people. Passwords, admin info, and coupon data was stolen by the group. A 19-year-old student and LulzSec hacker Cody Kretsinger a.k.a. "Recursion" was arrested for this data breach.