Hailo to raise $30 million, but can it catch up to its biggest rival? 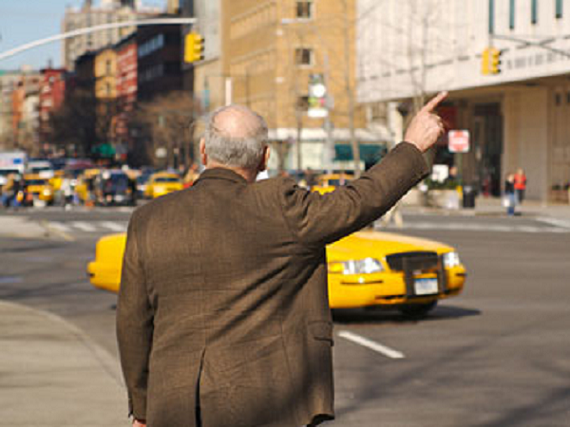 I spent the first 25 years of my life in New York City, so I know how hard it can be to get a taxi. If you're on the wrong avenue, or in the wrong neighborhood, you might never see one. And if you live in the outer boroughs, you can forget it. If you ever think you've seen a yellow cab in Queens you really should get your eyes checked. So thankfully there are tax-hailing apps like Hailo to make the process a little less hellish.

While the taxi-hailing market is heating up, Hailo appears positioned to make a big push in the new year. The London-based startup, which was founded in 2010, is set to raise a $30 million Series B round at a $140 million valuation, led most likely by Fred Wilson of NYC-based Union Square Ventures, according to a report by AllThingsD.

Hailo is a mobile network that matches passengers and licensed taxi drivers to help keep people from being stranded on deserted streets and keep taxi drivers busy. The Hailo Driver Network can be accessed via iPhone or Android apps and allow drivers to accept credit cards and factor in tipping options. The service is currently available in Dublin, London, Toronto, Boston, and Chicago. The service is also set to become available in New York City.

Hailo previously raised a $17 million round of Series A financing led by Accel Partners in March, after raising $3 million in seed funding from Wellington Partners and Atomico.

The new round would put Hailo's total funding above $50 million, just slightly ahead of Uber, the more well-known car service app in the US and heretofore better funded. Uber has raised a total of around $45 million, after it raised a $32 million Series B in December, led by Menlo Ventures, with participation from Amazon's Jeff Bezos, Goldman Sachs and Benchmark Capital.

There are a number of other rival car services out there, competing with Hailo in the same space, including GroundLink, Flywheel, Taxi Magic and Getaround.  But there is no doubt that it is looking to catch up to its biggest rival in the on demand taxi space: Uber.

While the two services seem very similar in what they do, though, there are some differences between them.

With Hailo, for those in need of a taxi, the app will tell them how close the nearest drivers are to their location, and they can then request a pickup. When the driver is nearing arrival, the app will ping them that the driver is close. Users can even rate drivers and see previous comments about their service. With Hailo, a passenger enters their credit card information once and the app will always use this information for payments-- but they have the choice if you wish to pay with cash.

Uber, on the other hand, is an application that allows users to request a black car from their mobile devices and will text the user when the car arrives. Once the car drops them off, their card is automatically charged, including the tip.

Each service has its advantages and disadvantages. While Uber can summon a car without needing it to be close to the person requesting it, Hailo has the upper hand in terms of price, as Uber charges a base fare for taking a car, plus a charge per mile. Hailo, as I said, charges standard taxi rates.

Uber, though, may be getting to some of the same territory as Hailo. In San Francisco, for example, Uber lists "Taxi" as one of its car options.

"No flagging or yelling required! Use Uber to request and pay for a taxi, at standard taxi rates plus a $1 booking fee. A 20% gratuity is automatically added for the driver," the site says.

The ability to request a taxi car is also available in Boston, Chicago and Toronto. And it will likely be coming to New York City shortly.

Just two weeks ago, though, the Commission voted to allow a year long pilot program that will let people in New York to use their phones to connect with yellow cab drivers.

"I can’t tell you how much it means to Uber to be able to work with leaders with a strong vision for innovation and progress. So please take a few minutes today to thank Mayor Bloomberg and Commissioner Yassky in the form of a tweet or a Facebook post. Send them some #UberNYCLove," Uber CEO Travis Kalanick wrote in a blogpost.

There is no word on whether Uber has any places cities to extend this option to more cities.

VatorNews reached out to Uber and Hailo but neither were available for comment. 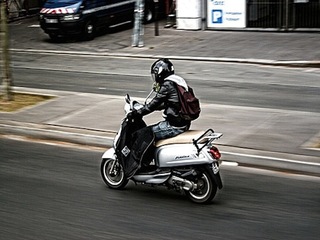 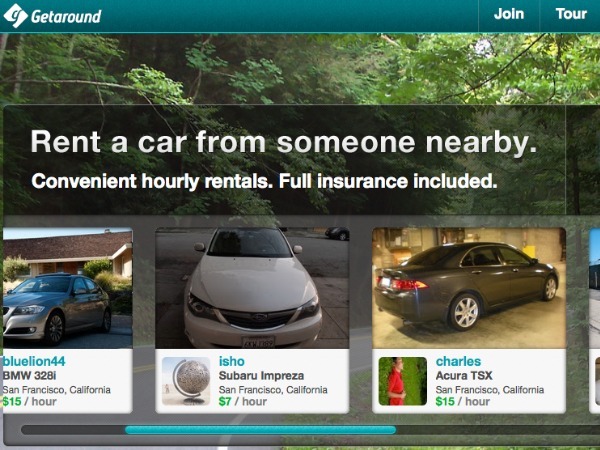 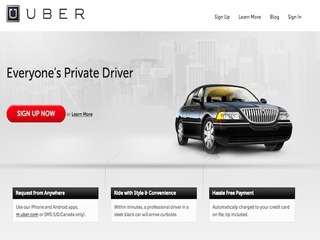 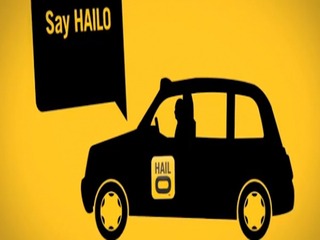