Promoted Posts program is getting rolled out, after debuting in New Zealand in May 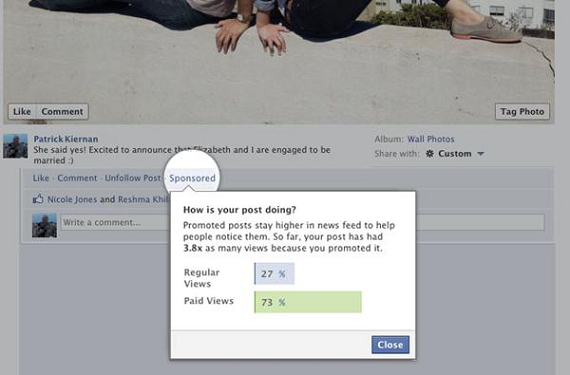 Let’s be honest here: most people say they are on Facebook to keep up with old friends they wouldn’t have any contact with otherwise. While that may be true to a certain extent, we know that people put up posts to get a reaction from their friends. And yet, Facebook can also be a lonely place. Posts go up, to which nobody responds. Big announcements are made, to which only a few people bother to even acknowledge. I’ve had numerous people tell me that It can feel like standing in a crowded room, talking to nobody.

So the natural solution is, of course, pay to make sure somebody is listening to you.

Facebook announced Tuesday that it will begin to roll out its Promoted Posts program, which is first debuted in New Zealand in May.

“Every day, news feed delivers your posts to your friends. Sometimes a particular friend might not notice your post, especially if a lot of their friends have been posting recently and your story isn’t near the top of their feed,” Facebook software engineer Abhishek Doshi wrote in a blog post Tuesday.

“When you promote a post – whether it’s wedding photos, a garage sale, or big news – you bump it higher in news feed so your friends and subscribers are more likely to notice it.”

The feature, which is now available in over 20 countries, will be available to people with fewer than 5000 friends and subscribers.

Multiple sources are saying that it will cost $7 per promoted status, but a spokesperson from Facebook would not confirmed this to VatorNews, saying only that Facebook is "considering a variety of prices."

In addition to making extra money off of its users, what Facebook is doing here is almost letting us become our own advertisers.

In a way, this is a brilliant strategy. It takes what people are already comfortable with, posting about themselves, at the same time giving them an extra incentive to pay for what was already free. Facebook has found an extra way to make money off of its users: allow people to pay Facebook to, essential, sell themselves.

Of course there could be a big downside to this strategy if Facebook lets it get out of hand.

One of the great things about Facebook, and social media in general, was that it was a great equalizer. Rich, poor, celebrity or regular person, nobody really had a leg up. Yeah, celebrities would obviously have more followers and friends, but they couldn’t use their wealth to override the regular people.

That is, until now.

Promoted Posts is still being tested, and so there is no word on whether or not Facebook will put any limits on the number of times a status can be promoted in a certain amount of time. At least by limiting the amount of friends and followers at the moment, it reduces the likelyhood of a celebrity or a big corporation constantly sponsoring its own posts.

I hope that Facebook does put on extra limitations, though, since nothing would be worse than having someone with cash to burn constantly paying to have their posts trump everyone else’s.

Since its IPO in May, Facebook has been making move after move to increase the revenue it gets from advertising, whether it be from running ads on other websites, to making businesses pay to run offer, and now to having its own userbase pay to promote their own lives.

In September announced that Facebook would be creating a its own mobile advertising network to increase revenue from advertising. The network would use data it has collected on its users to advertise on third-party apps and websites.

Facebook confirmed last month that it would be creating a system where its formerly free Offers program would suddenly cost businesses money if they want to run the offers in user News Feeds. 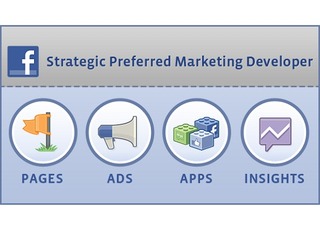 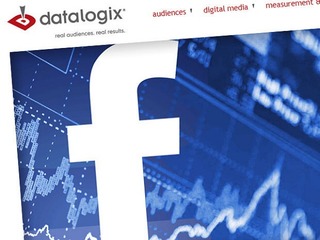