Users can buy Facebook services, and have them charged directly to phone bill 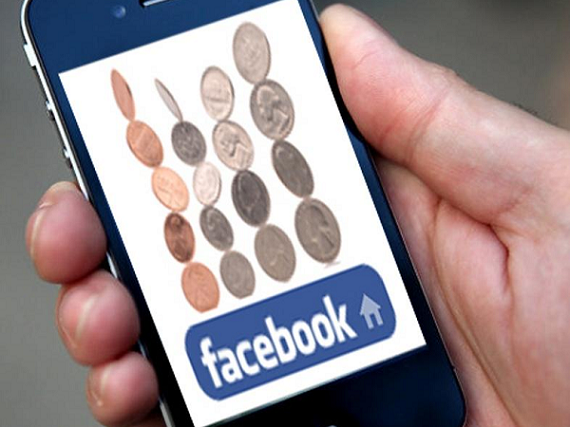 Mark Zuckerberg declared Facebook would be a mobile company from now on, and the transition is happening pretty quickly. After not getting the hang of mobile for a long time, the company has been rolling out new mobile developments one after the other lately. Not only has the company been finding new ways to make money off advertising, but it now streamlining its other existing revenue streams too.

Electronic payment service Bango will be powering Facebook’s mobile Web carrier billing, it was announced in a press release Monday.

The payment service is described as “frictionless,” meaning that it does not require users to give their credit card information. Instead, when a users purchases something on Facebook, be it virtual gifts or game credits, it will be charged directly to the user’s phone bill, creating a system for mobile payments that is faster, easier and less intrusive.

Facebook had previously declared that it would be improving its mobile payments flow at Mobile World Congress in February. The company began to roll out the service in June.

Bango will initially be providing payment services in Germany, the UK and USA, but the service will be expanded to other countries by the end of the year.

“By ensuring a frictionless payment experience, Bango technology is unlocking the business potential of the mobile web.”

In an interview with VatorNews, Richard Leyland, head of marketing communications at Bango, said that the partnership between the two companies is mutually benefitial.

What Bango provides for Facebook is its database of hundreds of milions of users, he said. Bango has agreements with 90 of the world's biggest mobile operators, so it gives Facebook "an approved authenticated user," whose identification can be verified.

In return, Bango takes a certain percentage of each transaction. Leyland would not confirm what that percentage was, only to say that it varies by operator.

What Bango really does is try to get payments processed in the smallest number of clicks possible, preferably one, providing "simplicity and ease to the customer." In the case of Facebook, it is two clicks, Leyland said.

Cambridge, England-based Bango was founded in 1999, and says that its payment platform delivers an average conversion rate of 77%, as compared to 40% for other similar services.

In addition to Facebook, Bango also provides payment services for Blackberry App World, Opera Mobile Store and Google Play. In addition, Bango has also made an agreement with Amazon to provide payment services and has become a technology partner for MasterCard's PayPass mobile wallet.

Facebook seems to have finally gotten the hang of mobile, something that has long been a thorn in the side of the social media giant.

In its most recent quarterly report, its first as a public company, Facebook saw its advertising revenue grow 28% year-over-year to $992 million. In total, advertising revenue accounts for 84% of Facebook's total sales. At the same time, Facebook saw its mobile monthly active users (MAUs) increase by 67% in the year from June 30, 2011 to June 30, 2012.

Last week, the company confirmed that it would be creating a system where its formerly free Offers program would suddenly cost businesses money if they want to run the offers in user News Feeds.

Only a few days before that it was announced that Facebook would be creating a its own mobile advertising network, which would use data it has collected on its users to advertise on third-party apps and websites.

If someone uses Facebook to authenticate a website, that person may begin to see targeted ads for other websites or apps.Authentication gives the app the ability to know the identity of a Facebook user, and to read and write data via Facebook's APIs. The app will then use the Facebook data it has access to, including their sex, age, location and Likes, to target advertisements.