Zynga announced Thursday morning that it has acquired Newtoy, creator of the wildly popular iPhone app “Words With Friends.” Neither company would comment on financial details of the deal.

This is Zynga’s seventh acquisition in seven months, something the company says it is “very proud of.”

Newtoy CEO and co-founder Paul Bettner is now VP and GM of the Zynga With Friends Studio, reporting to David Ko, senior vice president of mobile at Zynga. Fellow Newtoy founder David Bettner will serve as studio director. The studio’s 23 employees will continue working under Zynga.

The deal reflects Zynga’s desire to replicate its success from the PC to mobile, something the company first signalled five months ago with the launch of FarmVille for iPhone. Since then, the app has been downloaded seven million times and, overall, Zynga mobile games have been downloaded 10 million times. The social gaming company’s ultimate goal is to make its product available to anyone, anywhere, on any device.

Newtoy, founded in 2008 and based in McKinney, Texas, has developed two games for the iPhone--Words With Friends (also on iPad) and Chess With Friends--but it is most famous for the former, a sort of Scrabble ripoff. Words With Friends, unlike EA Mobile’s official Scrabble App, gained widespread appeal among users because it was a game that could be played between friends not connected to the same Wi-Fi connection.

In my own experience, games could sometimes span days, as players would only make a move when they had time. That was the appeal: I could play a game of Words With Friends with my mom, who lived hundreds of miles away, just by playing over 3G every once in awhile.

Words With Friends costs $2.99 in the App Store, though there is a free version that comes with advertising. (Neither Newtoy nor Zynga would say whether the acquisition would mean more of a focus on virtual good sales, Zynga’s primary revenue model.) Words With Friends has been downloaded on all iOS platforms over 12 million times.

Here's a demo of Words With Friends for the unacquainted: 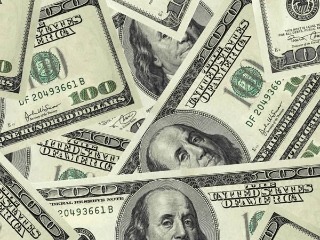 Zynga may have paid $6M for Bonfire Studios