Apple's road to record highs and a stunning $600 price 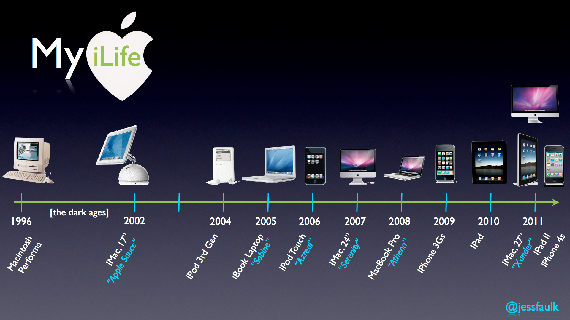 Apple hit two major milestones this week: not only did the company release the latest iPad model, with a ground breaking new pixel resolution, but its stock hit a high of $600 Thursday, before coming slightly down to end at $585 for the week. A year ago in March, they were trading around $300.

So how did Apple's share become such a darling? The answer seems simple enough: by always being one step ahead of the consumer.

A HISTORY OF APPLE STOCK 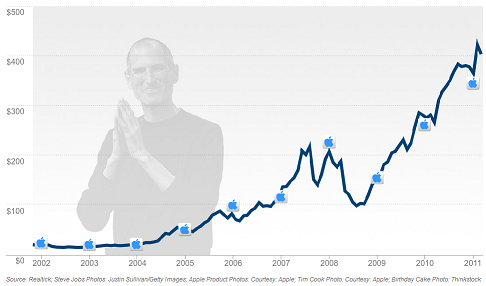 It all started with the release of the first iPod back in October of 2001. The device didn’t do very well, selling only a quarter of a million units in its first year. With the opening of the iTunes store in 2003, though, iPods sales steadily climbed, until the release of the iPod nano and shuffle in 2005. iPod sales nearly doubled in from 2005 to 2006. Apple stock hit nearly hit $100 in 2006.

The stock then jumped to over $200 in December of 2007, following the release of the first iPhone. Over six million iPhones were sold in a little over a year.

While the stock has almost steadily risen for 10 years, one major dip came in the middle of 2008 with speculation about the health of CEO Steve Jobs. The stock lost nearly 100 points but was able to bounce back with the current CEO Tim Cook taking the reigns. 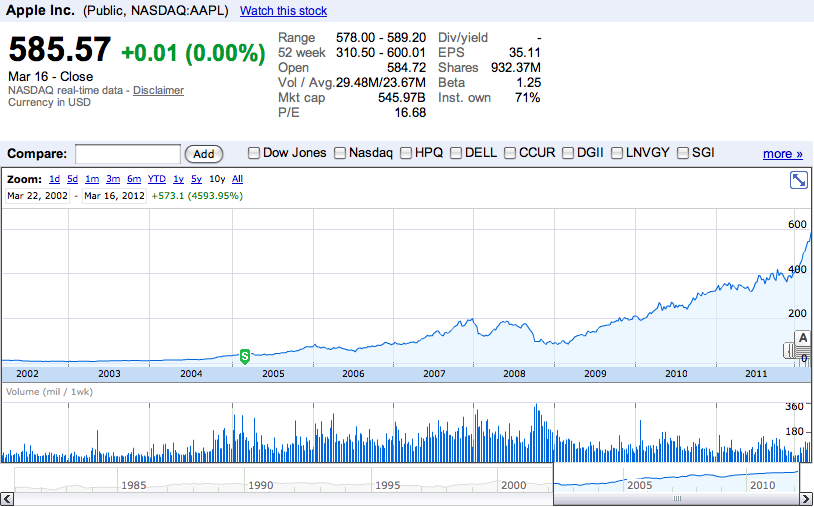 There is a certain pattern that emerges when you start looking at Apple stock: nearly every time it took a huge leap it was on the anticipation of a new piece of technology; either an updated version of a previous release, like the iPod nano, or a brand new device like the iPhone and iPad.

So is such a high value stock justified?

The new iPad is projected to sell 65 million units this year and nearly 84% of companies that are planning to buy tablets for their employees will be buying iPads.

Apple might seem so huge right now that people will start to think that the only place it can go is down. But with Apple TV, which allows customers to access iTunes on their television to buy and stream television shows and movies, approaching 3 million units sold, can $700 be that far off?