Pew points out the obvious to Google 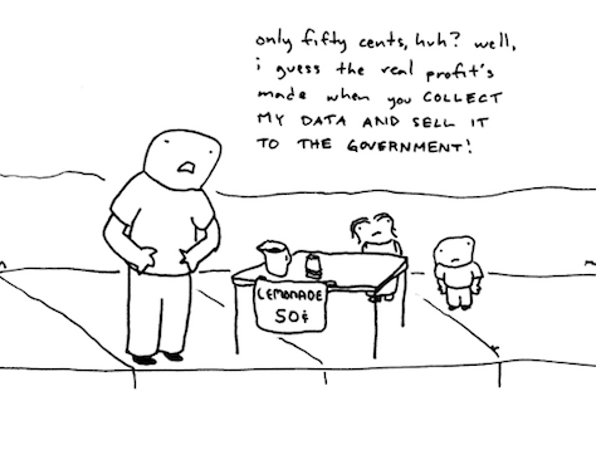 If you like surprises, have I got news for you.  Make yourself a highball and sit down, because you're about to be mind-f*cked by the universe.  Here it is:

This, according to a new report released by the Pew Research Center's Internet and American Life Project.  The report surveyed over 2,000 adults to ask them about their search habits and their views on online data collection--particularly relevant given Google's recent announcement about its changing privacy policy.  Actually, what's more surprising about the report is that nearly a third of respondents said that they're a-okay with search engines collecting information on them.

Roughly the same number of respondents had the same feelings towards targeted ads: 68% said they're not okay with having their online behavior tracked and analyzed, while 28% said they're cool with it.
The issue of online privacy has been steadily gaining more media attention over the years, first with Facebook's many, many privacy faux pas, and now with Google's proclamation that it will be changing its privacy policy to gather user information to make search results more personalized.  Online privacy is also a bit of a first world problem, but anyway...

It's also an issue that affects more people today than ever before.  A full 91% of online adults use search engines to find information on the Web.  The remaining 9% use good old fashioned divining rods to lead them to the information they seek.

Either way, that's a lot of people having their information collected, considering 79% of all American adults said they use the Internet.  That means that some 70% of all American adults may run the risk of having their searches tracked and their data reported.  The most common search engine used--you guessed it: Google.  A full 83% of respondents said Google is their search engine of choice. 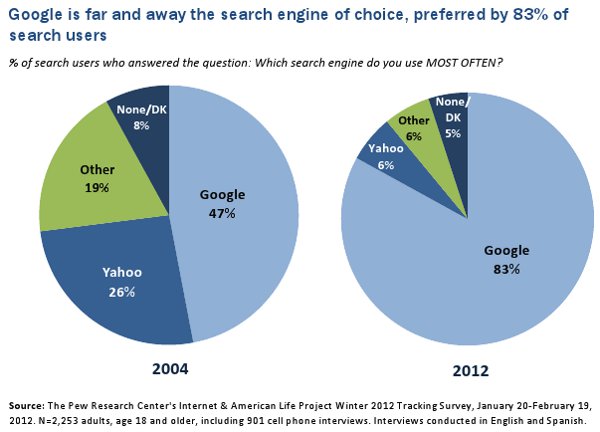 “Search engines are increasingly important to people in their navigation of information spaces, but users are generally uncomfortable with the idea of their search histories being used to target information to them,” said the report's author and the Pew Internet associate director for research, Kristen Purcell, Pew Internet associate director for research and author of the report. “A clear majority of searchers say that they feel that search engines keeping track of search history is an invasion of privacy, and they also worry about their search results being limited to what’s deemed relevant to them."

Of course, there are ways to keep your info to yourself.  The report found that just 38% of Web users know how to limit how much information is gathered on them online, such as deleting their Web histories, changing their browser settings, and using the privacy settings of websites.

Interestingly enough, younger users--those 18-29--are more comfortable with having their online behavior tracked than older users.

So if Google had any misgivings about their new privacy policy and user response, it doesn't look like the search giant is going to win a lot of friends. 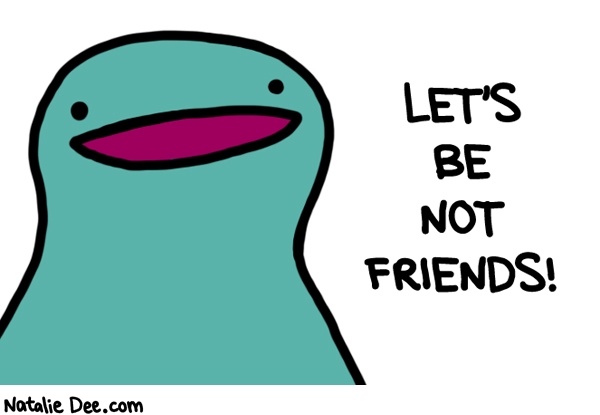 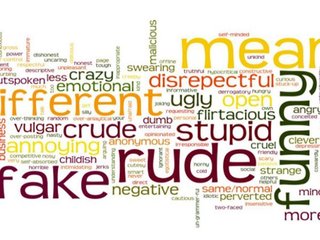 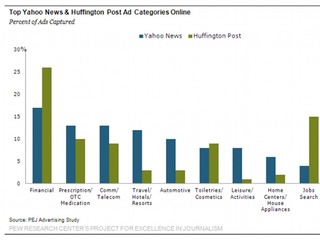