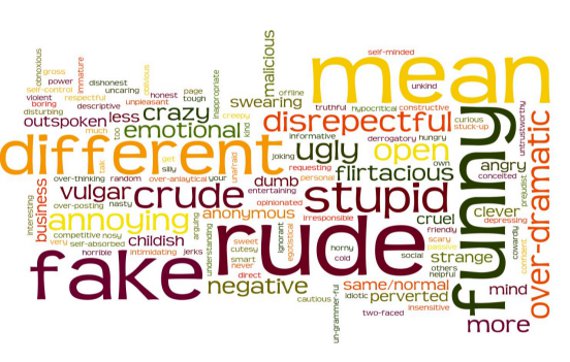 I defy anyone to say in all sincerity that they’ve never engaged in Facebook drama.  You know as well as I do that you’ve posted a passive-aggressive status update to send a “message” to one of your Facebook friends (i.e., “I really hate when people think it’s okay to come to show up at my house uninvited and eat the last of my Cheez-Its without asking”).

A new report released Wednesday morning by the Pew Research Center’s Internet & American Life Project took a hard look at cyber drama—specifically online cruelty and cyber bullying—and turned up some interesting results: while teens and adults are about as likely to say they’ve experienced meanness or cruelty online, teens are nearly twice as likely as adults to say that meanness or cruelty is prevalent on social networking sites. 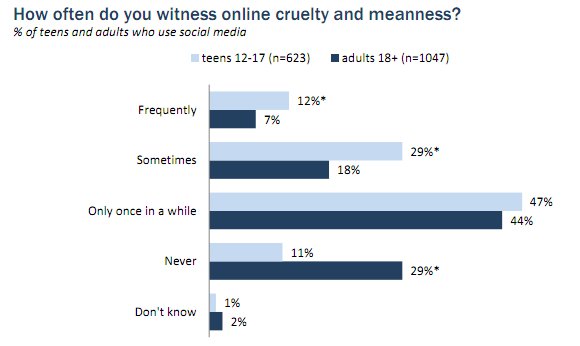 “Social networking sites have created new spaces for teens to interact and they witness a mixture of altruism and cruelty on those sites,” said the report’s lead author Amanda Lenhart, in a statement. “For most teens, these are exciting and rewarding spaces. But the majority have also seen a darker side. And for a subset of teens, the world of social media isn’t a pretty place because it presents a climate of drama and mean behavior.”

But parents and teachers still have a meaningful impact on the lives of teens.  When it came to getting advice and help regarding online bullying, 86% of teens said they’ve gotten advice from their parents and 70% said they’ve received advice from teachers.  Some 58% of teens said their parents have been the biggest influence on what they think is appropriate or inappropriate online. 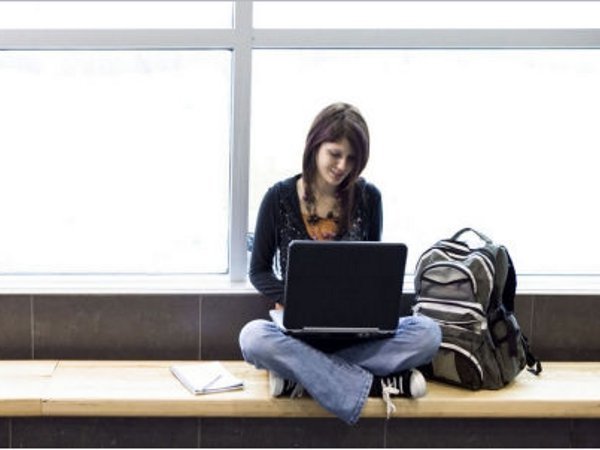 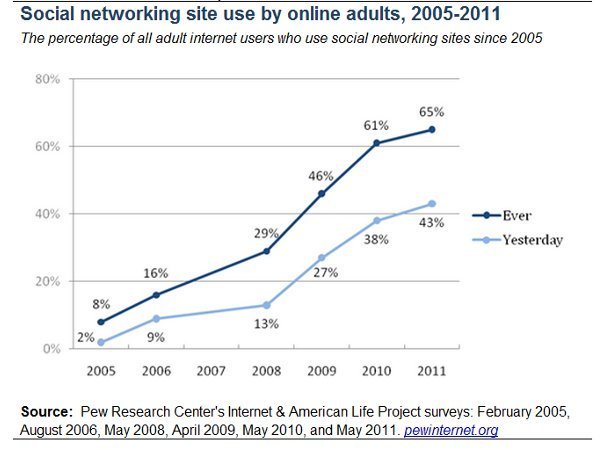