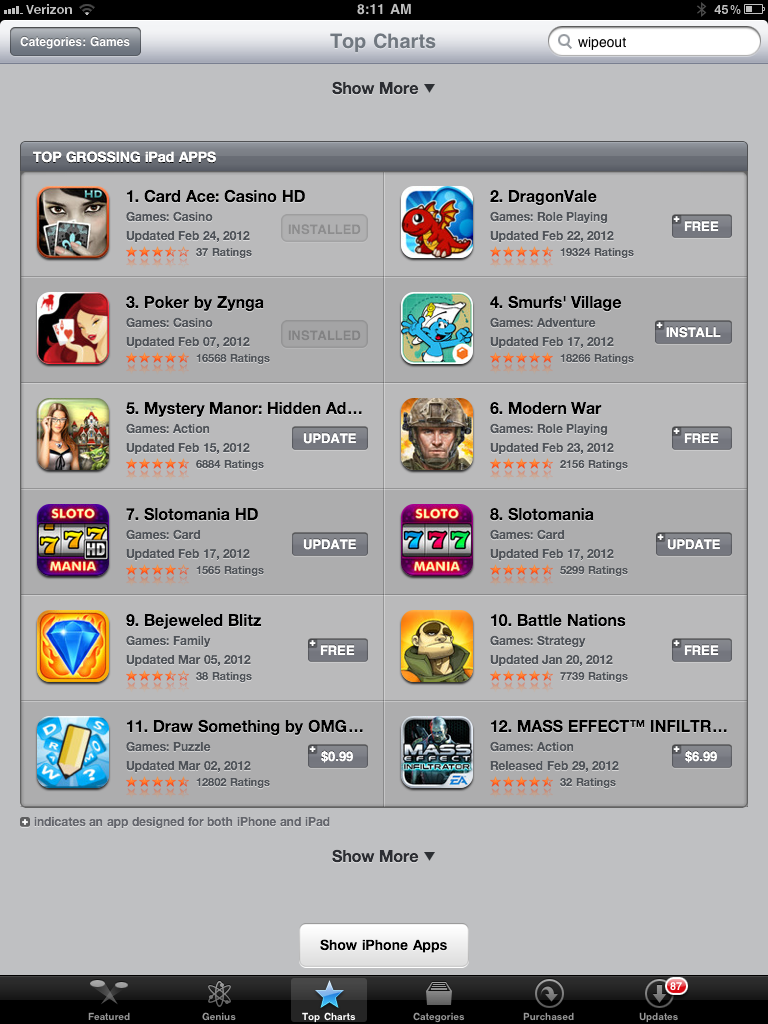 Along the way to its IPO, Big Fish Games is swallowing a number of little fish along the way. And, who better to acquire than a company positioned to take advantage of the boom in casino-styled games on social networks.

Big Fish Games, a developer and publisher of casual downloadable games founded in 2002, announced Tuesday that it's acquired mobile social game developer Self Aware Games and its parent company, Social Concepts, which makes Card Ace: Casino, currently the No. 1 grossing app on the iPad, and the No. 4 grossing app on the iPhone. It's also available on Android. The financial terms were not disclosed.

"We’ve been in business for a decade in premium casual downloads and this is way to extend to social mobile experience," said Paul Thelen, founder and Chief Strategy Officer at Big Fish Games, in an intervie with me. "The DNA required to build these games is diffent from the download space."

Indeed, the acquisition gives Big Fish Games a team of experienced developers (there are 25 employees in Oakland working for Self Aware Games) in developing mobile social games and casino games, one of the hottest categories over the last six months. Self Aware represents the third acquisition for talent, but the biggest acquisition of them all. Prior to Self Aware, Big Fish bought Grubby Games, based in Vancouver, which had four developers and Seattle-based Thinglefin, with three game developers.

"We’re super excited about the acquisitio and cultural fit," said Bill Lee, avid angel investor and founder and CEO of Social Concepts. "One of the things we did differently is focus on connecting people through our connected lobby," Lee add, referring to his top-selling casino game. "When we started [about 2.5 years ago] there were 30 or 40 other casino apps. We became the top grossing app, because of the social aspect. When you first enter the Self Aware App you can see who you can play with."

While there is a social component to the game Card Ace: Casino game, there are no ties to Facebook or other social networks, making that entry a potential win for Big Fish Games.

"Facebook is a big untapped market," said Thelen. Based on the games results on iOs, "from obscurity to No. 1 ranking," the team has high hopes for its entry to Facebook, said Thelen.

Indeed, every company seems to be targeting the Facebook community to launch their own casino-styled game. Just last week, Crowpark launched a couple games on Facebook to take advantage of the demand for such games.  It's estimated that worldwide sales for social network games was $4.94 billion last year and will be $6.2 billion this year, according to Casual Games Association.

The growth rate for casino-styled games is growing 170% in monthly active users year over year.  A couple weeks ago, Electronic Arts' PopCap Games pushed out Lucky Gem Casino on Facebook to take advantage of the demand for casino-styled games on the social network. In January, IGT paid $500 million for Double Down, which was estimated to be generating $50 million a year in revenue.

The opportunity is hard to pass up for a company like Big Fish Games, which is already a leader in the gaming industry in many respects. In fact, at the company's revenue, it is already a contender to go public, though Thelen stayed mum about plans.

Big Fish Games is also profitable. Thelen would not disclose how much he expected to generate in sales in 2012.

But he did point out that with the inclusion of Self Aware games mobile and social games wil now account for 20% of the company's revenue, up from 5% a year ago. He also pointed out that the margins for both downloaded games and social games are relatively high and fairly similar.

Big Fish Games distributes more than two million games per day worldwide. Most of its sales are from downloads to a PC or mobile device, with about 75 percent of customers being women over the age of 30 years odl. The demographic for Self Aware isn't that far off, but skews more men (50%) and a little younger (18 to 34 years old), said Lee.

In 2008, Big Fish Games raised $83 million in its first round of financing since being founded in 2002, from Balderton Capital, General Catalyst Partners and Salmon River Capital.  Self Aware raised $800,000 in a seed-round of financing from Lee, Elon Musk and Jeff Skoll. 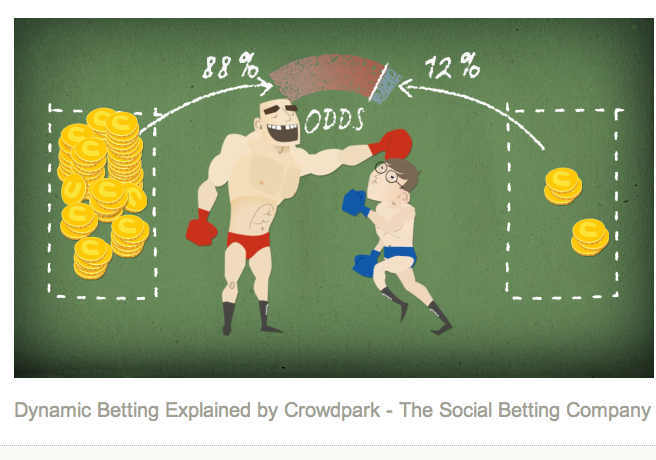 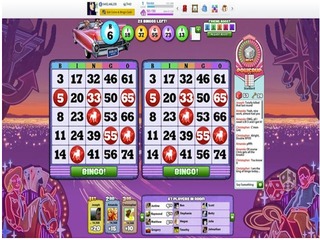 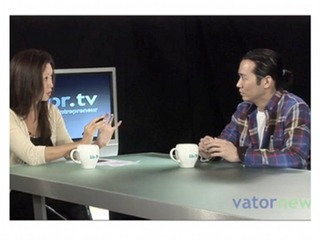 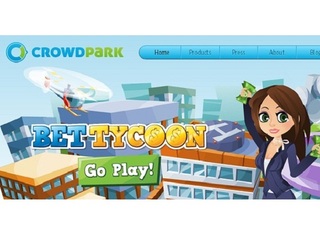 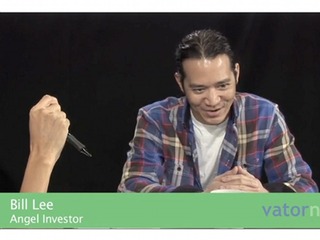