Scan gets $1.7M to make QR Codes ubiquitous and easy

QR Codes (Quick Response Codes) have been around for a while. But they're hardly mainstream. That could change over time and one company hoping to bring QR Codes to the masses is Scan, a San Francisco-based start-up that just raised $1.7 million in funding, led by Menlo Ventures Menlo Ventures, with participation from Google Ventures, Charles River Ventures, Start Fund (Yuri Milner's fund), Social + Capital Partnership, Transmedia Capital, Ludlow Ventures as well as angel investors Ariel Poler, Naval Ravikant, Jim Pallotta of Raptor Group and Troy Carter.

Scan started in February 2011 while founder Garrett Gee was still attending Brigham Young in Utah. "We were super excited about the technology [QR codes], we started to play with different apps," said Gee, in an interview with me. "But when we looked at existing websites, no one was executing well." That experience embarked Gee and his fellow classmates to build a QR code creator and a QR code scanner.

After three months from pushing it live as an iPhone application, the app saw one million downloads. "That's when we started taking this seriously," said Gee. Fast forward, and Scan has 10 employees (mostly engineers) and has seen 10 million downloads of the app from an iPhone or Android phone across 77 countries. Some of those members have joined via the Web, like me. The majority of users download the app through their mobile phones, said Gee, with 99% coming from iPhones.

For those not familiar with QR Codes (you're not alone), they're barcodes that can be placed on business cards, storefront posters, magazines and websites. A person can scan the codes with their smartphones and access a website. For instance, if you saw a QR code in a magazine next to a pair of shoes, you could scan that code and be sent to a website where you could possibly buy those shoes.

With Scan anyone can easily make a QR Code and have a presence on a mobile device. 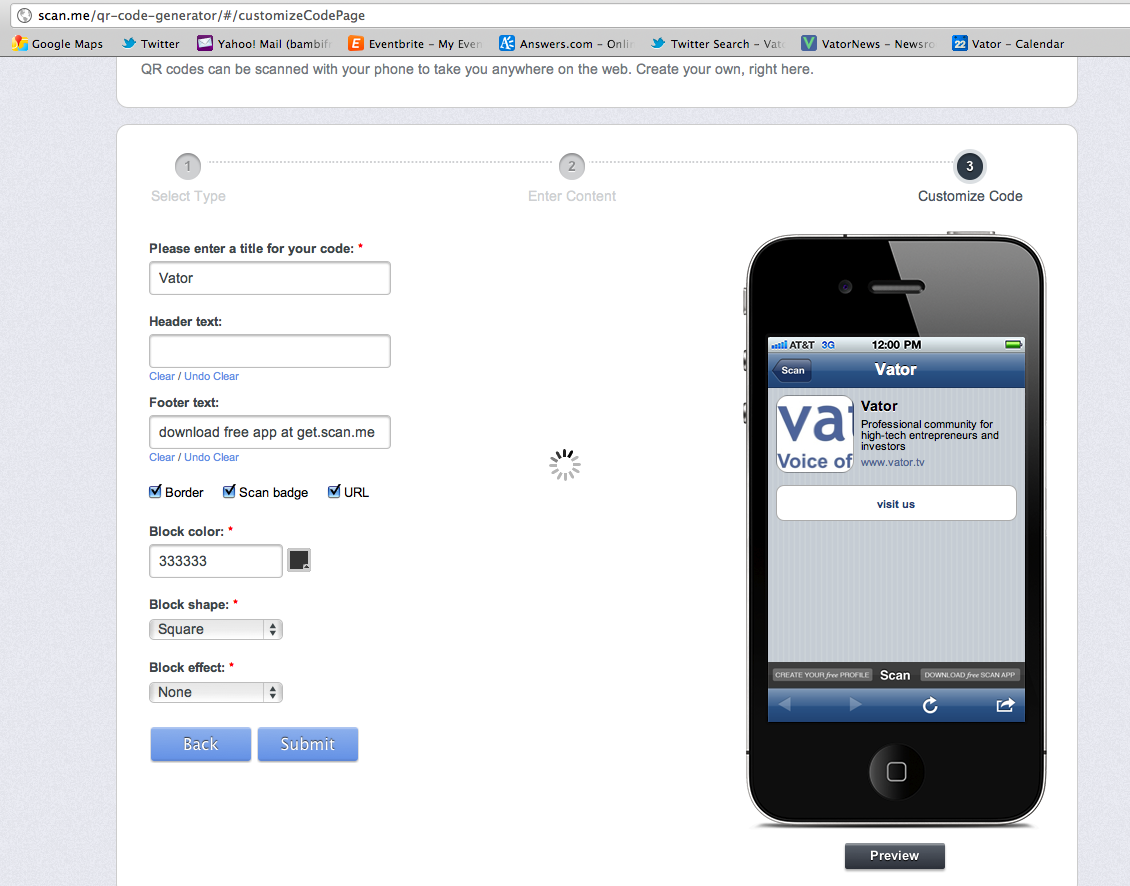 Now I can take the QR Code and put it on a poster, or a business card, or right here in this article. 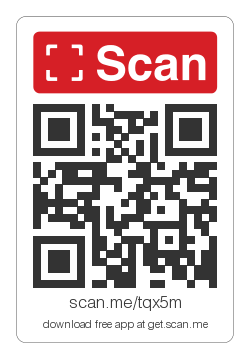 If a person downloads the Scan app here and then scans the code, the above page will appear on their phones.

Given that many small businesses don't have a mobile presence, Gee sees the SMB market as the prime target. In fact, much of the 10 million downloads came from small businesses, he said.

"A coffee shop has a website. But if you go to their website from a mobile phone, it’s hard to navigate through it," he explained. "But if a coffee shop creates a scan code, they can have a mobile presence." While I can't think of a time I wanted to visit a coffee shop's website on a mobile phone, I'm sure there's a reason they'd need a mobile presence and given that creating one is free on Scan, it doesn't hurt to create one. Just like Gee said earlier, at one point a decade ago, many businesses didn't think they even needed a website. Today, not only do companies have a presence online, they have a presence on social networks and directories.

As for monetization, Scan plans on working with marketers to put codes on products that they advertise in magazines. At the moment, Scan is testing this type of service to see if people are scanning magazines. But there's other monetization opportunities that can help marketers get leads. In one example, a music video producer put Scan's QR code on a music video. The campaign was designed to get people to register for a sweepstakes. About 3,000 people scanned the code and 50% of those who did signed up for the sweepstakes. For lead-gen figures, that's a pretty good conversion rate.

In less than a year since the release of its app, Scan has seen more than 10 million downloads from the App Store and Android Marketplace and is currently being used in more than 77 countries around the world. Scan will use the new funding for hiring, as well as product and market development.

Introducing Scan Pages
In addition to the funding, today Scan announced it is taking QR codes to the next level with the introduction of Scan Pages, user-friendly mobile websites accessible via custom QR code or short URL. Scan Pages give businesses and individuals the opportunity to quickly and easily create a mobile profile. Scan Pages bring together everything a business wants to share with its audience in one place including branding, social media, videos, blogs, other valuable content and calls to action. Scan also provides insights into how many times a QR code has been scanned, from where, and other useful statistics for businesses interested in learning about the overall effectiveness of marketing and branding campaigns.

“QR codes and other mobile technologies have always had enormous potential, but until now they have been held back by poor experiences and incomplete products,” said Garrett Gee, CEO and co-founder of Scan. “Scan fulfills the promise of these technologies by creating direct connections and valuable information exchange between businesses and consumers.” 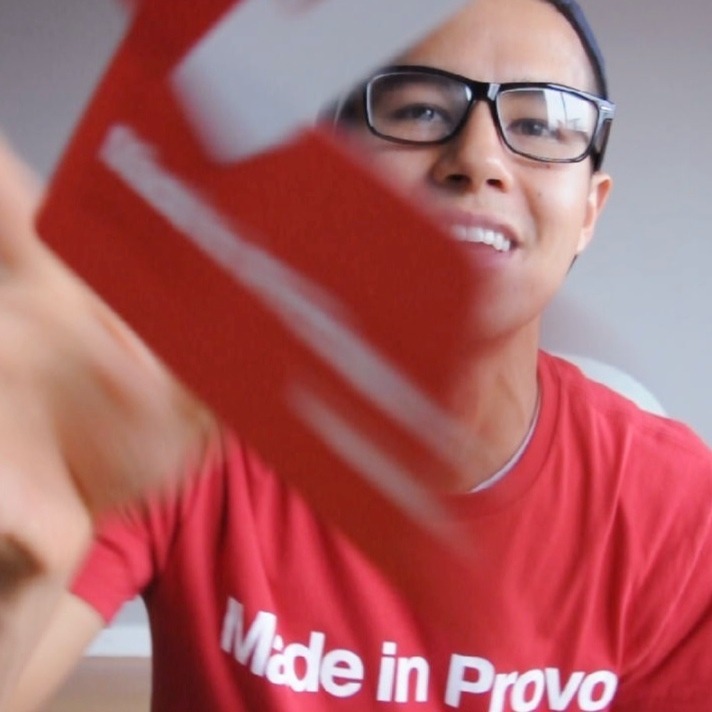 21 Reasons Why You Would Put QR Codes on Swag 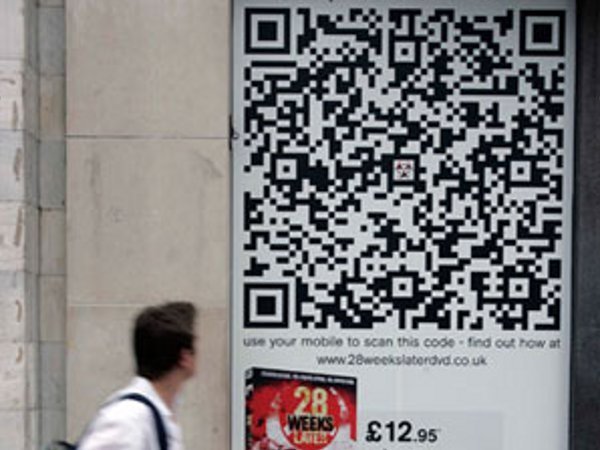