New OS due out in second half of 2010, Microsoft and Apple given ample time to worry

The moment tech junkies have anticipated for years is finally at hand.

Google announced last night that it has been hard at work on a new open-source, lightweight operating system christened Google Chrome OS. Calling the project a “natural extension” of the company’s nine-month old browser, Google Chrome, Google believes this new operating system will find a market in users who primarily use their computers for accessing the Web.

“We designed Google Chrome for people who live on the web — searching for information, checking email, catching up on the news, shopping or just staying in touch with friends,” blogs Engineering Director Sundar Pichai. “However, the operating systems that browsers run on were designed in an era where there was no web.”

Google’s three main focuses for its new project, “speed, simplicity, and security,” sound like the three key features for any ordinary browser. Yet this is an operating system we’re talking about.

Unlike traditional operating systems, which even at the fastest still take a minute or two to finish loading completely, Google Chrome OS will be ready to go in just a few seconds. Besides being fast, Google’s operating system will be staying so slim that its creator claims it will be free of viruses and malware and the need for security updates. Furthermore, Web-based applications that work on the Chrome OS will work seamlessly with any browser on any other operating system.

According to the blog announcement, the code will be made available to developers later this year and consumers can get their hands on a netbook with the new OS in the second half of 2010. Releasing the OS only for netbooks at first, Google hopes to later differentiate Chrome OS from its other mobile operating system, Android, by designing it with regular desktops in mind.

Of course, the most important concern for consumers come next year is whether their netbooks will suddenly become useless bricks the moment they lose connection to the Internet, for whatever reason. Besides checking email and other online activity, many users still want to have access to basic applications that don’t necessarily require the Web, like word processing.

Regardless of these worries, it is apparent to most people that, as the Internet becomes increasingly accessible on the go and with less hang-ups, computers will increasingly become machines that revolve around online applications. Clearly, Google is planning ahead. 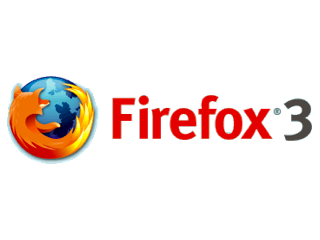