Flush with new venture cash, the maker of the popular Glee and I Am T-Pain app goes shopping 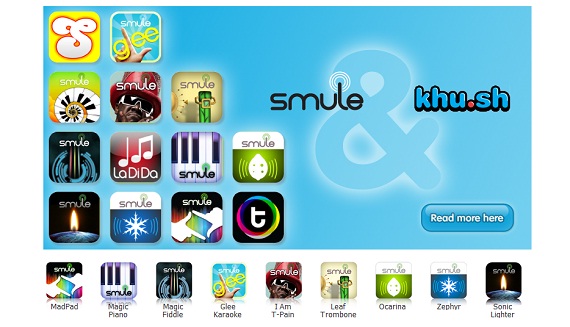 Smule, the maker of the popular Glee, Magic Piano and Ocarina music apps on the iPhone, is making sweet music with Khush.

Fresh from raising $12 million in funding, Smule announced Thursday that it's acquired fellow music app maker Khush. The deal details can be seen in this inventive (and funny) video, which also happens to demo some of their products. Smule acquired Khush in a "cash/stock deal" for undisclosed terms, said Smule CEO Jeff Smith, in an interview with Vator News.

Together, the companies have combined installs of 30 million, 350 million musical pieces created, and 13 apps, featured on Smule's homepage.

This partnership makes sense, as both companies are dedicated to bringing their customers fun, musical mobile apps. Smule is the creator of such social-musical apps as Magic Piano, Ocarina, I Am T-Pain, Glee Karaoke, and MadPad. Khush created similarly musical apps, like Songify and La-Di-Da.

Also, both companies have founders with academic backgrounds. One co-founder of Smule, Dr. Ge Wang, co, works as an assistant professor in Computer Research in Music at Stanford University. A co-founder and the CTO of Khush, Dr. Parag Chordia, is a professor of computer music at Georgia Tech.

Looking closer at these apps only further demonstrates why this partnership seems mutually beneficial, in a "greater than the sum of their parts" sort of way. As in, Smule and Khush -- Smush? -- seem to be operating under the philosophy that, rather than compete with each other over extremely similar products, why not join up and share trade secrets?

To that end, the Smule/Khush team can boast some impressive stats, regarding their collective performance: Together they have created more than 350 million musical pieces, and have recorded nearly 30 million installs. Team "Smush" also has a more than 500% combined growth in customer base over the last year, with nearly 5 million people per month using Smule + Khush.

Khush's Songify, as the name would suggest, takes ordinary spoken voice recordings and turns them into what sound like fully-produced songs. This app already can boast an impressive five million downloads. Meanwhile Smule's Ocarina, which can boast six million downloads, turns the user's smartphone into a "magical flute," sensitive to touch, breath and phone tilt angle.

Khush has raised some $125,000 in funding from Shotput Ventures, 500 Startups and Yee Lee, since its start in 2009. Meanwhile, Smule is a much bigger company, with $25.5 million in investments from Bessemer Ventures, Granite Ventures, and FLOODGATE, among others.

Jeff Smith told Vator News that Smule has five million users on their site per month. Smule's business model is "free-to-play and paid," said Smith, where "users trade virtual currency for content and goods, and can earn currency by watching ads or instead buy currency directly... Our users have created over 350 million songs with our products, sharing those songs with others via our sonic network."

Smith told VatorNews that Khush has a similar business model, as well. "Most of [Khush's] revenue is IAP (in-app-payment)," said Smith. "Like Smule, they've succeeded in selling paid products, [as with] La-Di-Da, but see more of the future revenue coming from free-to-play, [as with Songify." 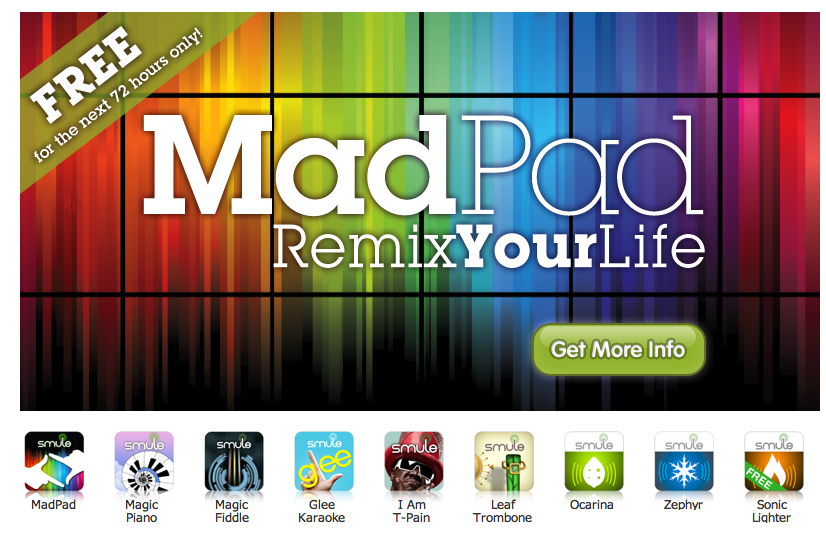