Barnes & Noble unveils the $249 Nook Tablet, which comes with quite a few Kindle Fire one-uppers 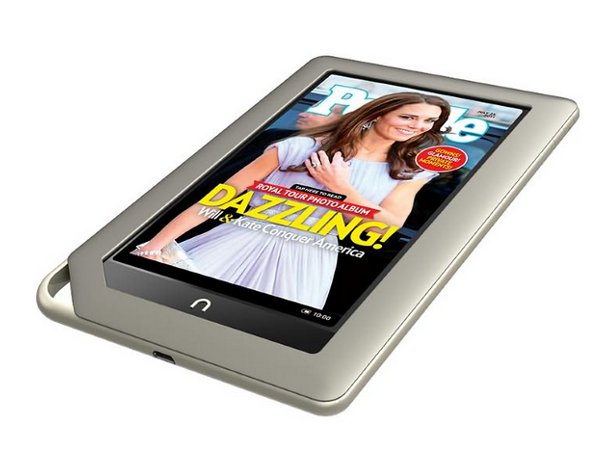 Barnes & Noble has delivered on its big talk.  On Monday, the mega book retailer unveiled its competitor to Amazon’s Kindle Fire: the Nook Tablet.  The tablet is $50 more than Amazon’s, but the specs make it a worthy investment.

Coming in at 14.1 ounces, the 7-inch Nook Tablet offers twice the storage capacity of the Kindle Fire—16GB compared to the Kindle Fire’s 8GB—with the option of adding an extra 32GB via the MicroSD card expansion slot.  That’s quite a difference when you consider that the Kindle Fire’s main selling point is its access to Amazon’s cornucopia of content (points for alliteration?), but the storage limitations throw a wrench in those gears.

Of course, while the Kindle Fire boasts Amazon’s content, Barnes & Noble is not slacking off.  B&N CEO William Lynch announced that the company has already solidified deals with Netflix, Hulu Plus, and Pandora to bring streaming content to the tablet.  Meanwhile, Amazon has kept mum on the possibility of any third party apps.  Additionally, Barnes & Noble boasts 2.5 million digital books and magazines, plus apps galore.

The Nook Color debuted this time last year as a sort of reading tablet, but the Nook Tablet definitely comes with some upgrades, including speedier processing.  The Nook Tablet comes with a 1GHz dual core processor.  There are also a few other interesting perks, including the ability for parents to record their own voice reading a children’s book to their child—a big convenience for the parent who can’t be there every night to read to their child, or who prefers not to read to their child in person.

Another big selling point for the Nook Tablet: brick-and-mortar stores where customers can actually test out the tablets and get in-store support.

Barnes & Noble also reduced the prices of its other Nook products.  The Nook Color is now available for $199, the Nook Simple Touch is available for $99, and the Nook First Edition has been dropped to $89. 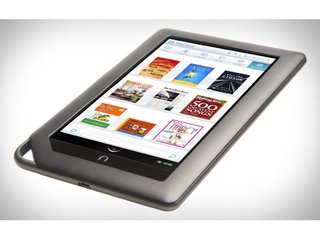 Barnes and Noble to release a new Nook tablet Nov. 16 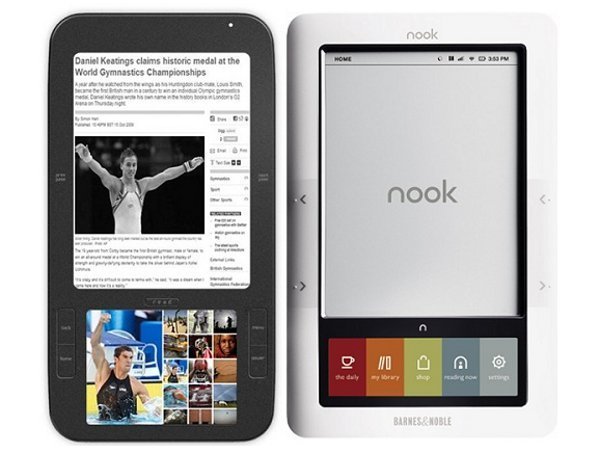