Spotify to invade your living room through Boxee 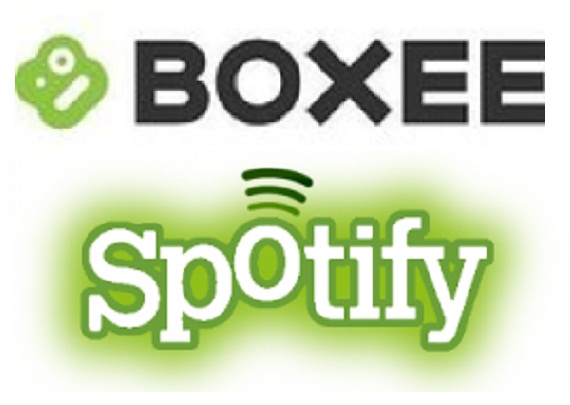 Online music streaming service Spotify and the Internet entertainment aggregation device Boxee have joined forces. A Spotify app will now be available for the Boxee Box. The news was announced this morning on the blogs of both companies.

For those of of you who may not know about Boxee, it is a cross-platform Home Theater PC software application, designed for the living room TV. In other words, it's a device to be plugged into the television, like a cable box, which compiles video and music from the Internet and organizes it for easy consumption.

This deal represents the second move in only a few weeks in Spotify's campaign to expand from users' Internet browsers to their living rooms. On October 6, Spotify announced a similar partnership with Western Digital TV, a manufacturer of devices that, like the Boxee Box, play digital video, images, and music. Last July, Spotify announced a partnership with Sonos, the consumer electronics company and manufacturer of the Sonos Multi-Room Music System.

Users will need a Spotify Premium account, costing $9.99 per month, to use the Spotify application on Boxee. The Boxee system costs $179, with no monthly fee.

The app allows users to access their Spotify playlists and artist information from their televisions. The Spotify "What's New" section is allso available via the app. However, users will not be able to manage playlists with the app, but will have to access their online Spotify account.

Having long been the most popular music streaming service in Europe, Spotify made a major splash after landing in the U.S. last July. This came only a few months before Spotify's highly publicized integration with Facebook, as revealed at Facebook's F8 conference.

Since coming to the U.S. 250,000 users have signed up for Spotify's pay model, says Reuters. And a quick look at Boxee's online forums shows that a Spotify partnership has long been in the pipeline.