Tight social integration means friends will be able to share, watch and listen to music and movies

Mark Zuckerberg, the founder and CEO of Facebook, has some very powerful friends.

During his Thursday morning introductory keynote at f8 in San Francisco, Zuckerberg had two major leaders in the tech space--Spotify CEO Daniel Ek and Netflix CEO Reed Hastings--join him on stage to discuss the big changes coming to Facebook’s platform. 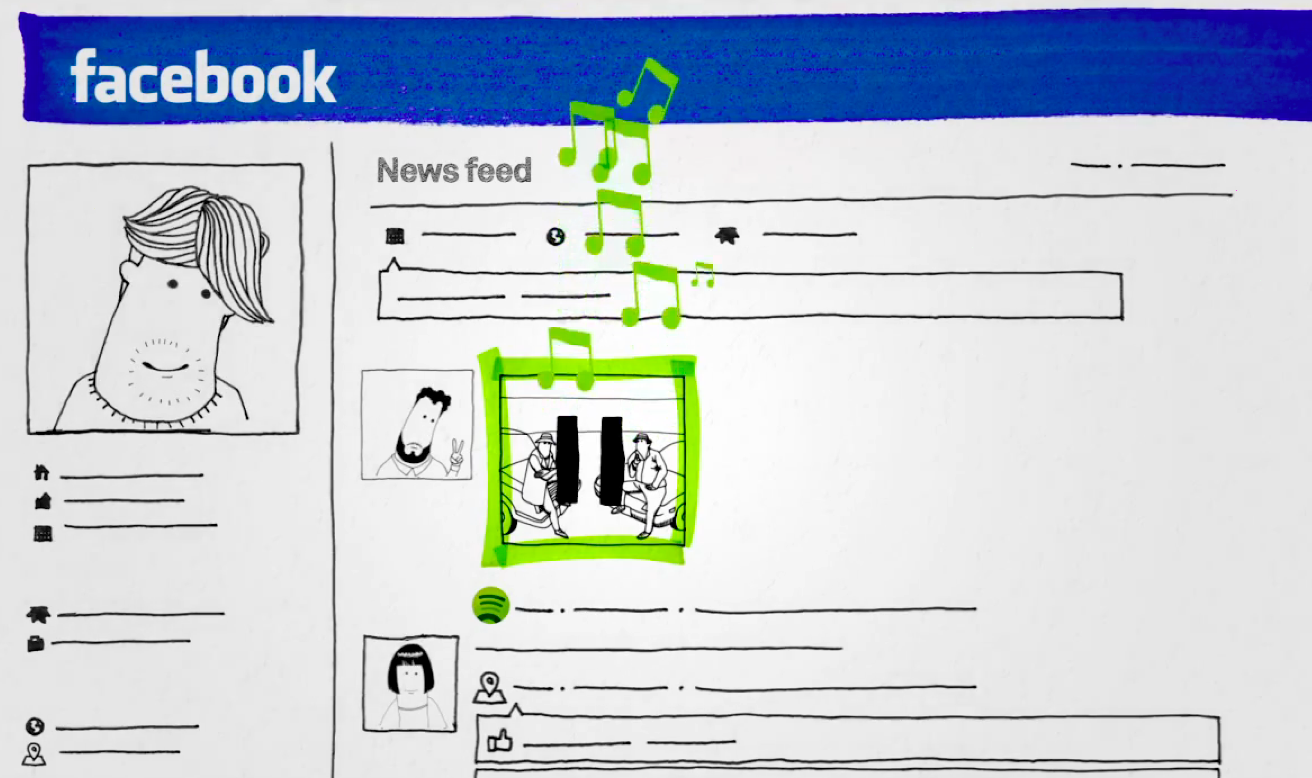 In short, Zuckerberg hopes that he has opened the doors for a completely new class of social networking applications that let users share so much more.

When it rolls out, Spotify integration in Facebook will take the form of shares all across the site showing off what friends are listening to. Each share will have a play button attached, so anybody can start listening along in real-time.

Ek said this is "a big day for all the music lovers around the world."

It just makes sense for music to go social: CEO Daniel Ek said on stage that Spotify users connected to Facebook listen to not only more music, but also more diverse music. And they are twice as likely to pay for music too, something the music industry must smile to see.

Though it’s not the only music service taking advantage of Facebook’s new social features from launch, Spotify certainly got the most visibility with CEO Daniel Ek’s presence on stage alongside Zuckerberg.

In much the same way, Netflix integration on Facebook will allow users to share with each other what movies they’ve watched.

CEO Reed Hastings bluntly said that his company was hesitant about sharing such valuable data with Facebook, until he realized what a big growth opportunity it could be. Apparently, Facebook promised Netflix that they would double whatever projections they had about the growth of their customer bas.

Ridiculously enough, Netflix is prepared to launch its Facebook integration in 44 of the 45 countries it provides service to, but the one that’s missing out is a kind of important one: the United States.

A piece of legislation from the 1980s prevents companies from disclosing their customer’s video rentals, so Netflix is treading lightly until lawmakers somehow clarify or amend the law.