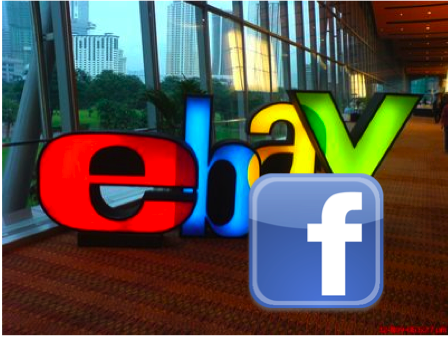 EBay and Facebook are set to announce Wedneday a deeper relationship at the eBay’s X.commerce conference in San Francisco. The new partnership will be between eBay’s new X.commerce division and Facebook’s developer unit, Facebook Platform, according Reuter’s.

The X.commerce conference is the official launch of eBay’s X.commerece division, which targets developers to build commerce solutions. The conference, which runs Oct. 12, 13, and 14, is expected to have turnout of around 4, 000 attendees.

The announcement is expected Wednesday during a keynote address from Katie Mitic, head of Platform and Mobile Marketing at Facebook. Mitic joined eBay’s board of directors at the end of September. The release announcing this role said at Facebook, Mitic is responsible for “shaping and growing innovative products for over two million developers and businesses that engage with the 800 million active users.”

With X.commerce, eBay states it is “redefining the marketplace” by encouraging outside developers to create apps using its e-commerce platforms, such as PayPal and Magento. The vision is to help merchants compete in multi-channel commerce by calling on developers to help create applications that facilitate this.

Developers who use X.commerce will have, “access to the powerful and fast-growing capabilities across eBay Inc.– starting with PayPal, eBay, and Magento – as well as those from other contributors, all in one open standard environment,” according to the site.

So what could this partnership entail?

Because of Mitic’s position as the head of the developer and mobile units, it is likely the partnership will focus on mobile apps. Facebook could play a role as a creator or facilitator of these apps.

eBay and Facebook were not available for comment on the story, but on X.commerce’s PayPal Developer Blogs section, contributor Naveed Anwar wrote, “Tomorrow is a huge day as we formally take the wraps off the X.commerce ecosystem that’s designed to help merchants and developers compete, save time, share ideas and grow. Conference attendees can expect to hear loads more from the X.commerce team as well as from key partners and industry luminaries such as Facebook’s Katie Mitic…”

Today's announcement would follow some other big annoucements this week from the social network giant including the debut of the official Facebook iPad application and the announcment of a partnership between Facebook and Walmart with the "My Local Walmart App."

eBay and Facebook announced a partnership to integrate Facebook’s new Open Graph 2.0 technology into eBay’s Magento and X.Commerce. This will enable developers to create actions to take consumers back to Facebook.