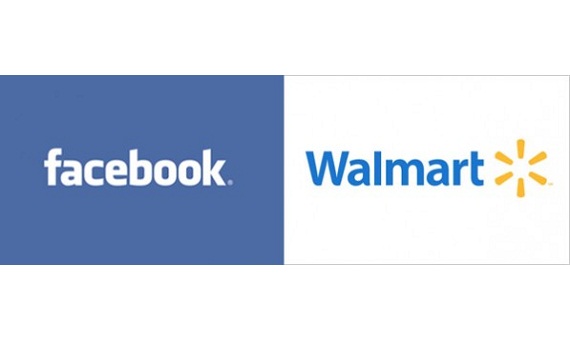 What do you get when you combine the largest retailer in the world with the biggest social network on the planet? Potentially a very robust social commerce experience.

Walmart is moving fast to embrace social. The retail giant announced Monday its new partnership with Facebook. This after swooping up OneRiot three weeks ago to add to its growing social analytics. While social analytical tools will help Walmart better understand the noise across social media to help recommend products to its customers, the Facebook partnership will help Walmart provide better service on a local level.

The new Facebook partnership will result in the "My Local Walmart" Facebook application, which claims to offer more localized online service for Walmart customers. There will be a Facebook page for each of the chain's 3500 national outlets. Walmart's announcement states that the new Facebook application "will provide locally-relevant information on everything from new electronics to hot Rollbacks, as well as continue to illustrate the brand’s commitment to creating a deeper relationship with people in the communities it serves."

Among the ways "My Local Walmart" will bring the user's preferred store branch to the computer screen are: updates on new products, news on Walmart's price "rollbacks," and listings of in-store events.

Perhaps more significant than the specifics of the Facebook app is the fact that it represents the first partnership of its kind, as between a major retailer and a social networkng site. While the app seems a simple online convenience, it is hard to imagine two bigger industry giants joining forces.

Walmart generated $419 billion in sales during fiscal year 2011 and has 2.1 million associates worldwide, according to a release. Walmart is also the largest private employer in the world, and the third largest global employer, behind only the United States Defense Department and the Chinese Army. Meanwhile Facebook has over 800 million active users.

“From the checkout line to our Facebook wall, Walmart continues to engage with and listen to its customers. Our innovative approach with Facebook allows us to bridge the gap between local and social, giving millions of customers the personalized shopping experience they expect from Walmart,” said executive vice president and chief marketing officer at Walmart U.S, Stephen Quinn, via the company's press release.

Facebook echoed the sentiments, via the same release. “People on Facebook want to connect with the brands that they love. Walmart’s new app offers enhanced local interaction at an unprecedented scale to their customers. Walmart continues to put people at the center of their marketing, in this case by bringing relationships to life locally,” said Facebook vice president of global marketing solutions, Carolyn Everson.

Companies are increasingly starting to use social networking to boost their online presence. In April 2010, Facebook began to allow retailers to use their "like" buttons on their websites. As of one year later in April 2011, 18% of the top-25 Comscore U.S. retail sites use Facebook.