Along with $100 million in shares and a few hundred million more in earnouts, deal could push $1B

Electronic Arts announced Tuesday that it has agreed to acquire casual gaming company PopCap Games for approximately $650 million in cash and $100 million in shares.

Though the news confirms reports floating around less than a month ago, the cash and stock deal is a little bet south of the predicted $1 billion sale. Taking into account the possibility for performance-based earnouts, however, the deal could be worth as much as $1.3 billion.

For over a decade, PopCap has developed games for the Web, mobile, tablets and social networks. Any platform that supports casual games is an open field for PopCap. You may have even played some of its most popular titles, including Bejeweled, Plants vs. Zombies, and Zuma.

The company’s games have been installed over 150 million times, and Bejeweled alone has sold over 50 million units.

No one can deny that gaming is one industry that has entered a tremendous state of flux in the past few years. With both mobile and social platforms flourishing, traditional game makers (on consoles and PC) are taking different approaches to respond to the changing environment.

While a classic company like Nintendo must necessarily focus on what it does best, which is honing in on a more closed but fine-tuned game experience (think Apple for gaming), it’s a wise decision for a game developer like EA to spread its wings into more areas. In fall 2009, EA paid $275 million to purchase Playfish, a social gaming company, and the studio has proven to be at least some competition for the unshakeable ruler of social gaming, Zynga. 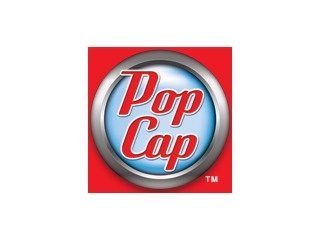 Electronic Arts to snap up PopCap for $1 billion?