Sophia.com, an online social learning platform, announced Thursday that it has acquired Guaranteach.com, an online math learning resource. The terms of the deal were not disclosed.

Founded in 2008, Guaranteach’s 22,000 short-form video math lessons on everything from counting to calculus and other online learning tools for teachers and students have earned the company some high accolades, including a grant from the Bill and Melinda Gates Foundation in 2010.

Based on the work of Professor Clayton Christensen and Michael Horn of the Innosight Institute, who together authored "Disrupting Class: How Disruptive Innovation Will Change the Way the World Learns,” Guaranteach brings together the work of over 150 teachers to develop math tutorials that can be individually customized for each student, and multiple ways that math concepts can be taught to different learning styles. To date, Guaranteach has been deployed in more than 50 schools across the country.

Guaranteach raised several rounds of funds throughout 2008 and 2010, but has not disclosed how much it has raised.

Sophia, a social learning Web application for all subjects, plans to offer the Guaranteach tutorials, which were previously only available to schools and educators on a pay-per-use basis, for free to Sophia users. Currently, the site offers free tutorial packets in English, math, applied sciences, sciences, learning strategies, and social/behavioral sciences in the form of user-generated content. In other words, users create the tutorial packets, and to ensure the quality of the lessons, the Sophia community can rate the lesson and approve it as academically sound.

"For students and instructors, this means Sophia.org quickly will become the web's richest resource for free, credible math tutorials ranging from basic arithmetic to college algebra,” said Sophia founder and CEO Don Smithmier in a statement. “For colleges and schools, we'll be combining Guaranteach's highly respected adaptive learning model with Sophia's social learning capabilities. The result will be a very powerful platform for differentiated instruction and blended learning."

Sophia has been in public beta since March 2011. 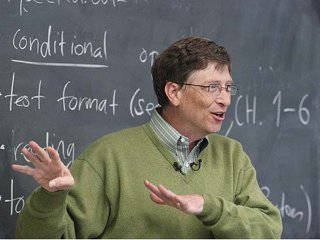