Proving that he hasn't lost his touch as the first tech-savvy president, Barack Obama officially kicked off his 2012 campaign for re-election with a YouTube video and a Facebook campaign. And we all remembered why we fell in love with him in the first place...

The Obama Facebook campaign follows the same logic as Facebook's own midterm voting promotion in 2010, wherein users who voted could post a self-congratulatory "I voted" badge on their wall and appeal to their friends to get out and vote as well. Obama's Facebook campaign is taking a decidedly similar route, allowing supporters to join the campaign by connecting through Facebook and posting on their wall that they're "in" and then encouraging their friends on Facebook to join as well. The campaign also allows users to check back to see which friends have joined and which ones are still on the fence.

So in essence, it takes the concept of grassroots organization--the people who volunteer to call registered voters and encourage them to vote for candidate X--and makes it accessible to the everyday Facebook user, much like word-of-mouth advertising.

Of course, users still have the option of doing more for the campaign, such as volunteering to help with grassroots fundraising and canvassing. But like the 2008 campaign, this one is taking into account the fact that a too-salesy canvasser-to-voter message can be a turnoff, and most marketers and advertisers today acknowledge that sales pitches don't work; you need to have a conversation with your target audience. The Facebook "Are You In?" campaign does just that.

In an email message to followers Monday morning, Obama wrote: "Today, we are filing papers to launch our 2012 campaign. We're doing this now because the politics we believe in does not start with expensive TV ads or extravaganzas, but with you -- with people organizing block-by-block, talking to neighbors, co-workers, and friends. And that kind of campaign takes time to build." Getting deeper into specifics, noted noted: "We'll start by doing something unprecedented: coordinating millions of one-on-one conversations between supporters across every single state, reconnecting old friends, inspiring new ones to join the cause, and readying ourselves for next year's fight."

Along with the Facebook campaign, the 2012 bid kicked off this morning with a two-minute YouTube video showing individual voters discussing the importance of getting involved and actively campaigning for Obama on a grassroots level. The video's message--that it's the individual voter's responsibility to get others on board the Obama band wagon--goes hand-in-hand with the Facebook campaign. Obama doesn't actually speak in the video, but nevertheless remains the subject of the video as voters talk about him and the need to gear up for the re-election campaign.

The announcement today makes President Obama the first declared candidate in the 2012 race, but he's facing down some tough criticism from those who think now is not an appropriate time to be declaring a re-election campaign when Libya remains an urgent crisis and unemployment in the U.S. is still a very real problem.

So the Republican National Committee released a YouTube video of its own, along with an online campaign to give Obama the boot. The one-minute video portrays Obama as a fame-loving rockstar who speaks grandly of "hope" but has failed to deliver the goods. The crux of the campaign, which is called "Hope isn't Hiring," focuses on job creation and the restabilization of middle-class America. At one point, the video notes that the unemployment rate currently stands at 8.8%, but doesn't mention the fact that that represents a drop of one whole percentage point since March, when the U.S. economy added a higher-than-estimated 216,000 jobs.

The Republican National Committee's rival YouTube video is looking to generate $270,000 in the next 72 hours--$1000 for every electoral vote needed to elect the next Republican president. 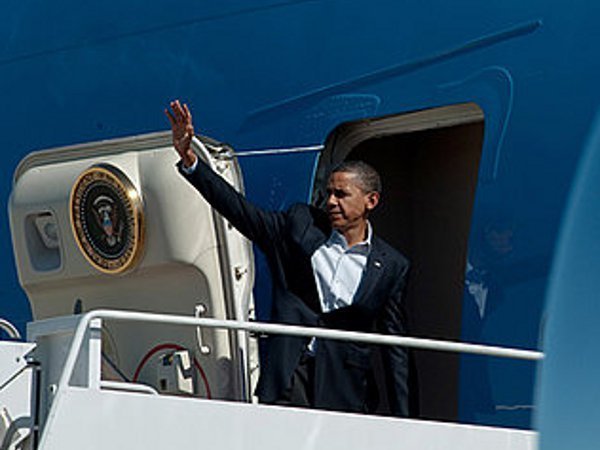 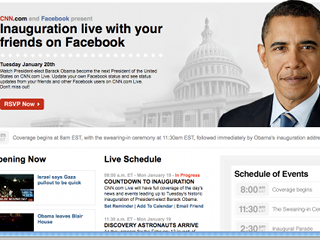