The service has raised $600K in total funding from angels for Bunker and Kennedy's next Match.com

Could your new favorite party host be a video chat service? Here's one business that hopes so.

vChatter, a Facebook application and standalone site that lets you video chat with friends and strangers, will announce Thursday that it has raised an additional $350,000 in funding from a group of angel investors led by Dave Kennedy.

It doesn’t seem like much money, especially when you see other online video companies raising tens of millions of dollars, but the round was kept small intentionally:

"We have been approached by several VC firms, but decided to raise only what we needed from angels, minimize the dilution, and scale the business before taking institutional money," explained vChatter co-founder and CEO Will Bunker.

I had a chance to speak with Bunker over the phone today, and he offered me his vision of vChatter as the next "great party host." And he seemed hesitant to lump the service in with last year's video chat flash in the pan, Chatroulette.

While the absolute randomness of Chatroulette intrigued a lot of people for a spell, a more interesting service would link people together based on similar interests. Bunker likens it to the experience of going to a bar: you mingle among total strangers with the chance of meeting new people, sure enough, but you also chose which bar to visit in the first place. People pre-select the kind of strangers they would like to meet, which is something that vChatter could do online.

When I implied to Bunker that some people could foresee vChatter becoming a video version of Match.com, considering his background in the online dating space, he immediately cast that down as too reductive.

"It's not that I don't think an online dating video service isn't possible," he said, "but I think there's something deeper in human psychology that makes these video services attractive. While people may flirt, it's a much bigger product than that."

vChatter was first featured on VatorNews in September, a few months after the service’s launch, but right when it was really picking up steam. As Faith noted then, Bunker and Kennedy originally co-founded dating site OneandOnly.com, which merged with the more famous Match.com in 1999.

Like many other applications on Facebook, vChatter experienced a surge in monthly active users during the holidays, peaking above 1.3 million on January 4th. Today, a little over two weeks later, the application has dropped down to about 1.1 million users, which is only slightly more than its pre-holiday numbers and actually about half the number of monthly active users the app had in early September, closer to its launch.

While the lion's share of traffic to vChatter comes from Facebook, the company announced last month that it would now be powering Bchat, Bebo’s social video chat service. (Yes, Bebo is alive and kicking, again.)

Since the May launch, approximately four million registered users have made more than 130 million calls via vChatter and spend, on average, almost six minutes on the site. Bunker tells me the service sees about 140,000 to 210,000 visits daily, with peak times occurring on weekends.

Along with the new funding, vChatter will also announce that it has hired Tom Hicks as Chief Revenue Officer. Hicks is a technology attorney who most recently co-founded Caachi, an online film distribution startup that closed down in May 2009.

Bunker says the new funding will be spent on an engineering team to flesh out the product. 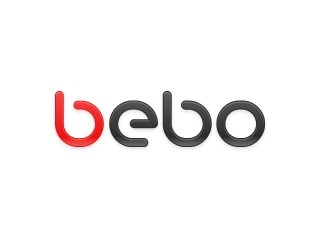 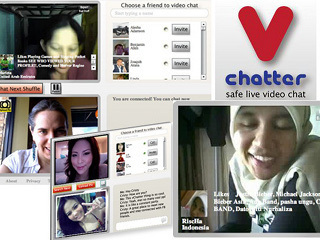