Facebook announced Monday that it has developed a “modern” messaging system that converges all text-based modes of communication--SMS, email, chat, Facebook messages--to create an immediate and more personal experience.

At the special morning event held in San Francisco, in advance of CEO Mark Zuckerberg’s conversation at the Web 2.0 Summit on Tuesday, Facebook walked through the new system, whose three key features are seamless messaging, conversation history and social inbox.

Today, 350 million people actively use messaging on the site and over four billion messages (including IM) are sent daily. Having found that the majority of messages are sent one-to-one between two friends, Facebook started working on this new messaging system.

As predicted, all users will soon have their very own Facebook email addresses based on the user’s vanity name (e.g., ronny.kerr@facebook.com). But Zuckerberg announced this like something added on, hardly the main attraction.

“This is not an email killer,” said Zuckerberg. “This is a messaging system that includes email as part of it.”

Zuckerberg, as usual, shied away from claims that Facebook was pursuing a strategy that would defeat or put down its competitors, like Google, for good. Frankly admitting that “Gmail is a killer product,” he instead said that Facebook’s new messaging system was designed to tie together all the different avenues of communication. If the user wants to use Gmail (and forego the Facebook email account), that’s fine.

In fact, the new messaging system is modeled more after chat than email because Facebook has done away with subject lines, cc, bcc, and with them, all the friction of sending someone a message. Facebook’s ultimate goal is to coalesce all text conversations between two people in one continuous stream, whether one of the two prefers email and the other prefers chat or SMS. No matter how they communicate, Facebook will bring all the messages together under one head.

What that means, of course, is that Facebook will be organizing the most comprehensive conversation history between two people ever achieved on the Web.

The social inbox is basically the next evolution of the Facebook messages inbox, in that it will be the hub for all the messages being sent and received as described above. Chat messages and text messages can all be aggregated under this one roof, if the user so chooses.

The new messaging system will roll out “pretty slowly over the next few months,” says Zuckerberg, as the engineering team iterates slowly and listens to user feedback as the product scales.

Voice and video features may come further down the line. 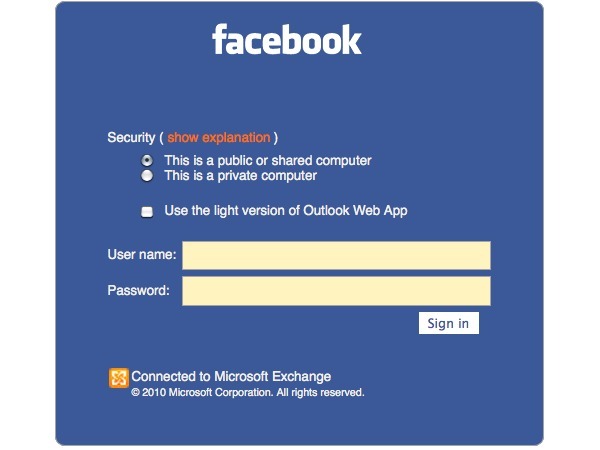