The announcement was made on stage at the Web 2.0 Summit

How much would you pay for the letter “i”?  .CO Internet S.A.S., the registry operator for the .CO domain, intends to find out.  The company announced Monday at the Web 2.0 Summit in San Francisco that it will be auctioning off the widely coveted i.CO domain name.  The auction will be privately held and only qualified bidders will be able to participate.

John Battelle, Chairman, CEO, and founder of Federated Media, and co-chair of the Web 2.0 Summit, made the announcement onstage.  “The savvy company that secures the i.CO domain name will have the opportunity to truly engage with mobile and socially connected consumers in a unique fashion,” said Battelle in a prepared statement.  “I look forward to seeing what the winner will do to leverage this one-of-a-kind asset.”

Bidder qualification will begin Monday from the Web 2.0 Summit and will end January 21, 2011, and the auction, which will be managed by Moniker and SnapNames, will take place in early 2011.

The i.CO auction will be the first of many single-letter domain name auctions that will be held throughout 2011.  .CO recently launched in July of this year to much fanfare, registering nearly 600,000 .CO domain names in less than four months.  Some of those domain names are prized single-letter names, including Twitter’s URL shortener t.CO, Go Daddy’s x.CO, and Overstock.com’s o.CO.

“As one of the shortest possible URLs in the world, and featuring the most popular single letter in the alphabet, the ‘i.CO’ domain is likely to be one of the most valuable pieces of online real estate ever available,” said Juan Diego Calle, CEO and co-founder of .CO Internet S.A.S., in the company’s press release.

Those interested in registering as qualified bidders can check out www.i.CO or email sales@moniker.com.

With relaxed registration policies, enhanced security, and advanced rights protections for brand owners, .CO is geared up to become the next great Internet address.  The possibilities are even richer for businesses and entrepreneurs when you consider the fact that “co” can mean “company,” “corporation,” or “commerce.”

"Based on interest expressed to date we know this is a highly sought after domain name," said Lori Anne Wardi, director of marketing for .CO, in an email.  "We anticipate a lot of interested bidders. Because this will be a private auction and there is a bidding qualification to participate in the auction not every interested bidder will be a qualified bidder. Certainly more people will be interested than will fully participate in the auction. We expect it to be a very highly sought-after auction."

How much could i.CO reasonably go for?  It's hard to say.  Wardi noted that Overstock.com's "o.CO" domain name sold for $350,000, but that was prior to .CO's official launch, which means i.CO will likely be sold for more than that.

Being chained to a 'lousy URL' 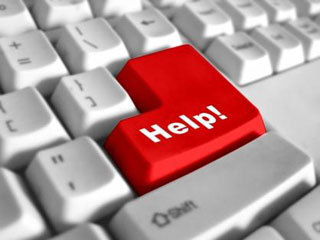 Tr.im, a useful alternative to Tinyurl.com?