Lars Rasmussen, co-founder of Google Maps and the ill-fated Google Wave, has become the most recent high-profile Googler to switch teams and go over to Facebook’s huddle.  Rasmussen left Google on Friday following a “compelling personal pitch” from Facebook CEO Mark Zuckerberg.

In an interview with the Sydney Morning Herald published Monday, Rasmussen explained his reasons for leaving and why he believes Facebook will be a better path to follow.  "It feels to me that Facebook may be a sort of once-in-a-decade type of company," Rasmussen told reporters.  "Obviously they've already changed the world and yet there seems to be so much more to be done there. And I think that it's the right place for me to be."

Until now, Danish-born Rasmussen has been working in Google’s Sydney offices, but will be moving to California’s Silicon Valley to join Facebook’s team.  "I've got a job description of 'come hang out with us for a while and we'll see what happens', which is a pretty exciting thing," he said.

Among his reasons for leaving Google was the size.  With 25,000 employees, Google, said Rasmussen, has simply become too big, whereas Facebook’s smaller size (2,000 employees) will make it easier to make an impact and be efficient.  "The energy there is just amazing, whereas it can be very challenging to be working in a company the size of Google," Rasmussen said.

In early 2009, Google designer Douglas Bowman left the company for similar reasons, noting the near impossibility of getting anything accomplished in an environment that demands data-backed proof in a blog post:

When a company is filled with engineers, it turns to engineering to solve problems. Reduce each decision to a simple logic problem. Remove all subjectivity and just look at the data…And that data eventually becomes a crutch for every decision, paralyzing the company and preventing it from making any daring design decisions.

Yes, it’s true that a team at Google couldn’t decide between two blues, so they’re testing 41 shades between each blue to see which one performs better…I can’t operate in an environment like that.

Rasmussen won’t be alone at Facebook.  Analysts estimate that about 20% of all Facebook employees have now come from Google or worked at Google at some point in their careers.  That means that Facebook has unparalleled insight into what made Google great and what mistakes it has made along the way.

In addition to its over-reliance on data, another critical trap that Google has fallen into is its over-emphasis on search to generate revenues.  Ex-Googlers at Facebook are looking to avoid that trap by diversifying Facebook’s revenues (virtual goods, search ads, partnerships with third party e-commerce sites, etc.).

To be fair, Google experimented with Wave, but scrapped the project two months before Rasmussen decided to leave.  While Rasmussen admits that Google Wave was not the online revolution he thought it would be, he doesn’t think it was given a fair shot.

"It wasn't something that I would like to bet my life on, but all that excitement we created when we first unveiled the project was based on something real," he said. "It takes a while for something new and different to find its footing and I think Google was just not patient." 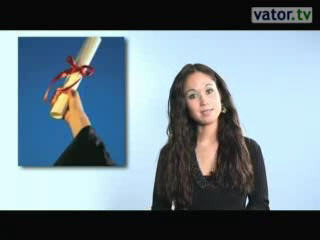 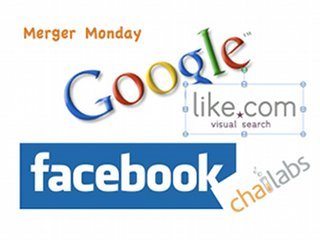