What am I Missy; Episode 11

So who's God? Facebook is launching a new home page. And, with it, a new message saying it wants to be news and information central. Mark Zuckerberg said Facebook will be a place to "consume" and "participate"in the stream of news and information that people provide. Handling streams of "information sounds a lot like Google's mission statement, which is to organizethe world's information.

We expose all of our public data on Facebook. On the other hand, we use Google to share what our interests are by what and who we search on. It sure does make you you wonder. Who's God now?
See: Who's God: Facebook or Google?
Do you need to finish college to be an entrepreneur? Not really. Look at Bill Gates of Microsoft and Mark Zuckerberg of Facebook. Both of these successful entrepreneurs dropped out of Harvard. Don't get me wrong. Education is important. But you don't need it to build a successful business. "Entrepreneurs don't need degrees like lawyers anddoctors do," wrote VC Fred Wilson. He's guessing that seven to eight out of his twenty one portfolio companies have founders who didn't graduate college. "Thefirst startup is hard," says Fred. "But if they make that one work, they end up withsomething much better than a college degree. They have a notch in theirbelt. They've got a track record of success.
See: Entrepreneurs don't need college degrees
Also see: Fred's Vator channel
Britney Spears is the top celebrity on Twitter. That's according to Tracking Twitter, which ranked the top brands, celebrities, and TV shows based on the biggest following.The ubiquitous Spears came in number one among celebrities with 283,000 followers!She beats out Lance Armstrong, MC Hammer and Shaquille O'Neal.And, she has more followers than CNN and Zappos combined. the two most popular in the TV and consumer brand categories.It's not surprising that Spears, who's been the most searched term on Google, ranks number one on Twitter.
See: Top brands, celebrities, shows on Twitter 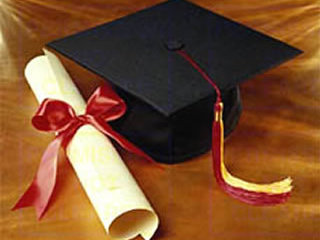 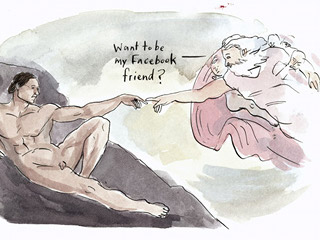 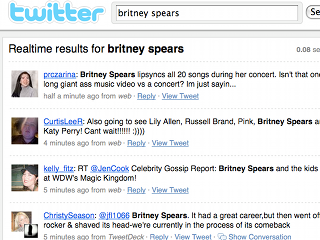