The four tech firms are listed as contributors to org. that produced a pro-death penalty attack ad

It’s not surprising that top Silicon Valley tech companies donate large sums of money to their preferred political candidates.  Apple CEO Steve Jobs has been quite open in his support for the Democratic Party and he has laid down quite a hefty sum of money in the process ($50,000 in 2000 and $26,700 in 2006).  But one recent attack ad funded by the Republican State Leadership Committee is raising some eyebrows for the names on its list of donors: Google, Yahoo, HP, and eBay.

Those are some big names, which makes it all the more surprising when one considers the ad that their donations funded.  The ad is an attack ad on Kamala Harris, who is running for California Attorney General, but it takes a decidedly pro-death penalty slant, attacking Harris on her opposition to the death penalty.

The Republican State Leadership Committee is run by Karl Rove, and the group’s contribution history is fairly revealing.  In addition to donations from the big four listed above, other contributors include AT&T, Verizon, and Comcast, all making contributions between $20,000 and $250,000 between January and October 2010.

Kamala Harris, who has been called the “female Obama,” currently serves as San Francisco’s district attorney and is running against Republican Los Angeles county district attorney Steve Cooley.  So far, more than $1 million has been raised from corporate donors to buy anti-Harris campaign ads on TV stations.

The Huffington Post illustrates why so many big-name tech firms would be rallying against Harris: “State attorneys general are increasingly at the front lines of major political issues that affect big-business bottom lines.”

A Google spokesperson told reporters that it was unaware and dismayed that its funds were used for the anti-Harris ad.  “Google gives to campaign committees of both parties to help support their campaign activities at the national level. The RSLC is one of those groups. We were not consulted about this ad or any other particular ad the RSLC has paid for, and are disappointed to learn the committee chose to spend their funds in this manner.”

HP similarly denied knowledge of the ad, saying via email: “HP contributed to the Republican State Leadership Committee.  HP has no involvement in the campaign’s strategy and tactics and was not consulted on the ad. HP contributes equally to both Republican and Democratic campaign committees.”

A Yahoo spokesperson also said as much via email: “Yahoo! pays membership contributions to the RSLC and its Democratic counterpart, and takes part in a range of issue conferences and other activities that these organizations host year round. We are not consulted on the groups’ ad campaigns.”

Looks like next time, big name tech firms will think twice before handing money over to the likes of Karl Rove.

Check out the attack ad below. 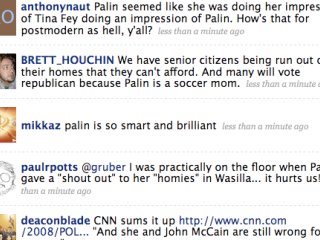 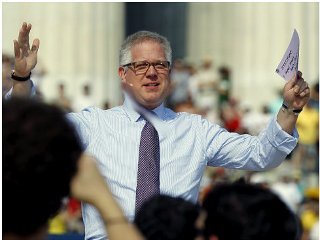