The report outlines trends and demographics in technology use

A new study released today by the Pew Research Center’s Internet and American Life Project looks at technology usage in America and comes back with some interesting findings—most notably that technology usage is shifting further and further away from the desktop and towards “’anywhere, anytime’ access to news, information, friends, and entertainment.”

And as in other studies of technology and Web use, income and education level correspond directly to technology usage.  Respondents with a college education or higher are more likely to own computers, mp3 players, e-readers, and tablets, while those with “some college” led the categories of cell phone and game console ownership.  Parents are also more likely than non-parents to own game consoles.

Because tablets and e-readers are still relatively new on the technology scene, their demographics reflect the typical early adopter demographics: wealthy and highly educated.

Having minored in Gender Studies in college, this caught my eye—as it does every time I read a Pew study on Internet and technology use.  I asked the author, Aaron Smith, why this is the case (as it has to be something more than “men like technology more than women”—you can’t hear me, but I’m saying that in a mock male voice).

“The female cohort does contain a higher concentration of seniors (since women tend to live longer than men), and we’ve established pretty conclusively that age is perhaps the primary factor correlated with technology use,” said Smith, via email. “They’re also less likely than men to be employed full-time and more likely to be either employed part-time or not employed for pay. At any rate, there are still some gender differences in technology use but that effect is much less pronounced than it was, say, 10 years ago when we first started conducting research in this area.” 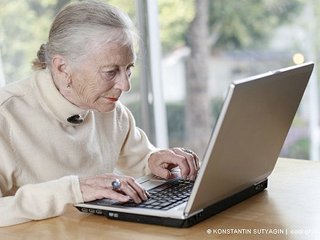