AOL is not stopping to take a break as it plows on with its beefed-up content strategy.  The latest addition: 5min Media.  AOL announced Tuesday morning that it has acquired video-syndication platform 5min Media for an undisclosed amount. Rumor has it that the price was $65 million.

Founded in 2007, 5min started out as a collection of 5-minute, how-to videos and then expanded to become a video-syndication platform, collecting videos from a wide swath of sources across a range of categories, including how-to, knowledge, lifestyle, travel, sports, and more.

Today, 5min Media boasts a collection of over 200,000 tagged and rated videos from over 1000 media companies, and purports to reach 160 million unique monthly users.

5min’s VideoSeed semantic technology contextually matches the company’s most relevant videos with a syndication partner site’s existing text content, and integration is customized to a partner site’s specific needs and characteristics.  Since its launch, 5min has raised $12.8 million and recently partnered with DailyMotion to expand the reach of its video syndication to the YouTube-esque site.

5min’s video syndication platform will provide a broad new range of video content for AOL, which has turned its focus to its original content offerings since reporting a 26% revenue loss last quarter.  As the company struggles in its move away from a subscription model to an advertising business, AOL appears to have kicked itself into overdrive to revamp its offerings.  Its advertising business took the worst hit with a loss of $110 million, so the company isn’t pulling any punches this time around as it invests heavily into its original content offerings.

Recent AOL partnerships have included deals with the Ellen DeGeneres Show website, the Jonas Brothers and MGX Lab, and A Squared Entertainment LLC.  The company has also been focusing heavily on its news content strategy through such branches as hyperlocal news source, Patch.com, which recently partnered with several journalism schools across the country to recruit new journalists.

What AOL's looking for

“AOL is building a video ecosystem for the next decade,” said AOL CEO Tim Armstrong in the company’s press release.  “5min Media is the perfect complement to our powerful video capabilities -- it provides a missing piece in the AOL value chain that completes our end-to-end video offering.”

The “video ecosystem” rounds out pretty nicely, as Armstrong explained via email: “For consumers we offer a huge choice in video programming and connect consumers with high-quality video.   For publishers we can create (via StudioNow, which we acquired earlier this year) and distribute (5min Media) high quality video with great economics.  For advertisers, we sell AOL + the video streams to the partners.”

AOL acquired StudioNow, another online video content and distribution platform, in January for $36 million for integration with its content management platform, Seed.com.

AOL began integrating 5min’s video content on its sites through a commercial agreement made before the acquisition, and the company plans to use StudioNow to identify and fill “content holes” to create a “demand informed” video library.

5min Media is the Web's largest video syndication network with more than 30 million unique visitors across its 800 partner sites. The company provides publishers with a comprehensive video platform that includes access to premium content from its library of more than 200,000 vertically segmented videos from thousands of the world's largest media companies and professional independent video producers. Founded in 2007, the company is headquartered in New York City. For more information, visit http://solutions.5min.com. 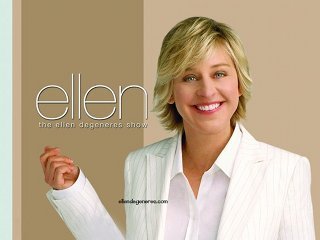